Fortis Healthcare gets approval from Hero-Burman to re-open bidding

Fortis Healthcare said it has received a letter from Hero Enterprise Investment Office and Burman family Officer ...Giving their consent to re-open the bidding process to enable the company to move ahead with the fund-raising transaction. 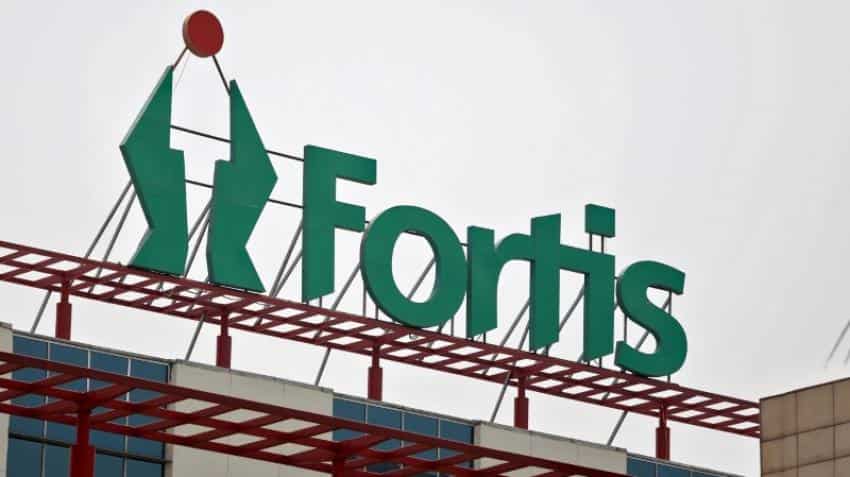 Fortis Healthcare did not clarify whether it will re-open the bidding process. Image source: Reuters
Written By: PTI
RELATED NEWS

Fortis Healthcare on Monday said the Munjals-Burmans combine, whose bid for investing Rs 1,800 crore was approved by its board, have consented to re-opening the bidding process to enable the company to move ahead with the fund-raising transaction.

The development comes at a time when there is an uncertainty over the process of sale of Fortis as four of the directors, who had approved the Munjals-Burmans bid, are no longer on the company's board.

In a regulatory filing, Fortis Healthcare said it has received a letter from Hero Enterprise Investment Office and Burman family Officer ...Giving their consent to re-open the bidding process to enable the company to move ahead with the fund-raising transaction.

In a letter to the board of directors, Munjals-Burmans combine said "it appears that there may be indecision on the part of the company regarding the bid process, which we understand could be on account of a few shareholders indicating their preference to the company for re-open of the bid process".

While expressing "deep anguish and regret" over the matter, Munjals-Burmans combine said they have has consented to re-opening of the bidding process "in order to facilitate the company to expeditiously finalise and close its fund-raising so that the company's business does not suffer any further".

Fortis Healthcare, however, did not clarify whether it will re-open the bidding process.

When contacted, a Fortis spokesperson said the company's board will take a decision on the matter without specifying when the meeting would take place.

"Necessary intimation to the regulator and stock exchanges would be given accordingly," the spokesperson added.

Fortis' board of directors is scheduled to meet on May 30 to consider and approve the audited financial results for the quarter and financial year ended March 31, 2018.

In their letter, Munjals-Burmans combine said "this situation may have arisen largely on account of the lack of information available to stakeholders.

Munjals-Burmans combine said it expects the re-bidding process to be conducted in a fair and transparent manner, with full clarity to all stakeholders and bidders regarding the criteria and objectives which will be considered relevant by the company for this purpose, and with equal information being available to all bidders.

It has been reported that Yes Bank, which holds over 15 per cent stake in Fortis as on March 31, per BSE data, had expressed concerns over the bidding process.

Yes Bank asked Fortis' board to consider revised bids for the company submitted to maximise value for investors.

Last week, Fortis board was reconstituted after its shareholders had voted out its director, Brian Tempest, from the board in the extraordinary general meeting (EGM) held on May 22.

Earlier, out of four directors whose removals were sought by two institutional investors, three directors - Harpal Singh, Sabina Vaisoha and Tejinder Singh Shergill - had resigned ahead of an EGM called to vote on the matter.

Fortis shareholders last week also voted in favour of appointments of Suvalaxmi Chakraborty, Ravi Rajagopal and Indrajit Banerjee as independent directors on the board.

The resignations of three directors and removal of Tempest has cast a shadow over the ongoing attempt to sell Fortis as these four directors were among the five who had voted in favour of Munjals-Burmans combine's Rs 1,800-crore bid for the healthcare firm.

Last week, Malaysia's firm IHH Healthcare Berhard extended the acceptance period for its enhanced revised proposal for acquiring Fortis to June 30 in the wake of changes in the board of the cash-strapped healthcare chain.

Similarly, Manipal-TPG combine had also extended the validity of its modified offer for Fortis Healthcare to June 6, 2018.

There were five suitors in the race for Fortis Healthare out of which only four made binding bids.

China's Fosun Healthcare but did not make a binding bid for the Fortis.

On May 14, Manipal-TPG combine had again sweetened its offer for Fortis at Rs 180 per share, thereby increasing the valuation of the healthcare company to Rs 9,403 crore.

Manipal-TPG combine was the first to make a binding offer for the cash-strapped healthcare chain.