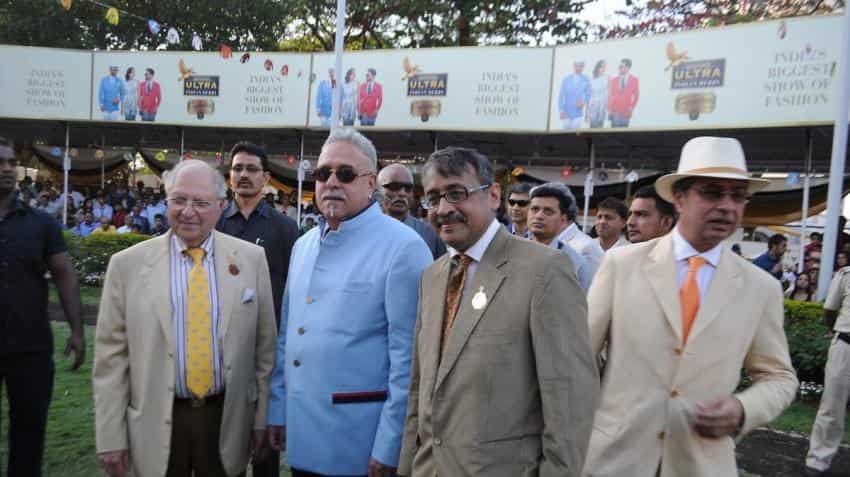 Former chief financial officer (CFO) of the grounded carrier Kingfisher Airlines, A Raghunathan, was on Thursday sentenced to 18-month imprisonment by a court in Hyderabad in connection with two cheque bounce cases filed against him and businessman Vijay Mallya by GMR Hyderabad International Airport.

Third Special Court Magistrate M Krishna Rao also imposed Rs 20,000 fine in each case on Raghunathan after the latter appeared before the court.

Earlier, on several occasions, the order on quantum of punishment had got adjourned as the warrant issued against Raghunathan was still pending.

The court had on April 20 convicted Kingfisher Airlines, Mallya and Raghunathan, in connection with two cheque bounce cases involving Rs 50 lakh each, under relevant sections of the Negotiable Instruments Act.

During arguments on Thursday, GHIAL counsel G Ashok Reddy submitted that it was after five months that Raghunathan had finally appeared before this court.

He further informed that Vijay Mallya is absconding and is out of the country, and sought a court direction to proceed with sentence order against Raghunathan.

The magistrate told Raghunathan that he has been found guilty under relevant sections of Negotiable Instruments Act.

The magistrate, in his order, sentenced Raghunathan to undergo one year and six months imprisonment and also imposed a fine of Rs 20,000 in each case.

The magistrate further said Raghunathan can file appeal against the judgement of this court in the case after which his counsel moved a petition and the court allowed the plea suspending its order till October 19 enabling Raghunathan to go for an appeal and asked him to furnish two sureties of Rs 10,000 each towards bails bonds.

The court had earlier issued non-bailable warrants against Kingfisher Airlines, its chairman Mallya and Raghunathan on the ground of dishonouring the two cheques.

It had earlier said that before imposing the quantum of punishment, it would hear the plea of the convicts (Mallya and others, who had so far not appeared/attended the court), and then pass its order with regard to sentencing and imposing fine.

Raghunathan's counsel today sought for splitting the case against his client. However, the court did not agree for it.

Raghunathan had appeared before other courts in Hyderabad in the past few days in connection with NBWs issued against him after he had moved the High Court, and got the warrants recalled.

Ashok Reddy argued that the High Court in its order (for recall of NBWs) had "made it clear that its order will not stand in way when the matter reached at the stage of judgement, pronouncement of sentence or conviction of the accused in the case."

Ashok Reddy, citing certain court rulings, further submitted that this court can pass sentence against the company and also against Vijay Mallya.

"Entire country knows where he (Mallya) is staying...He may not come back. It will take years to bring him back to India. At least fine can be imposed against the company," he said.

However, as the warrants against the Company and Mallya had returned unserved, the court directed the complainant (GHIAL) to file their present correct address and posted the matter to October 18.

As per the GMR counsel, a total of 17 cases have been filed against Kingfisher Airlines in different courts over outstanding amount of Rs 22.5 crore, which it owes to GMR.

The cases are in different stages of trial.