The company is taking a cautious path on this course, its chief executive, Mark Fields, indicated in an interview. 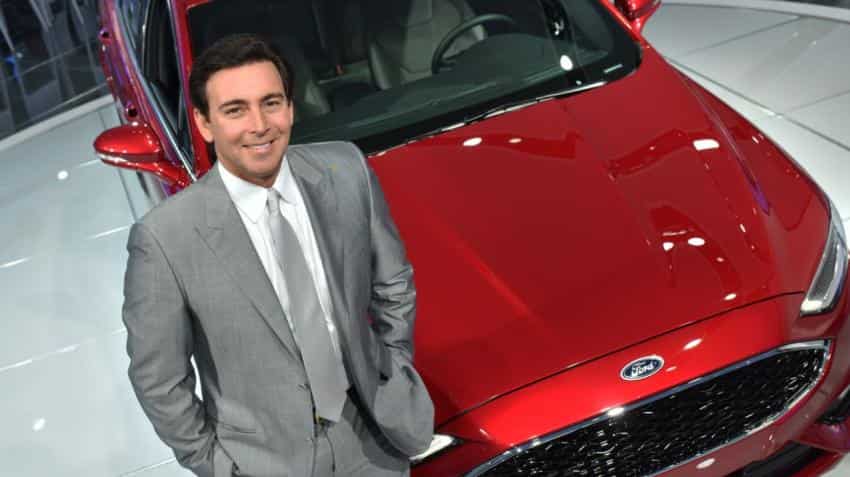 Ford Motor Co's 2017 financial performance will decline from this year as it increases spending on "emerging opportunities" like self-driving cars and other costs rise, the No. 2 US-based automaker said on Wednesday.

Ford, like most of its chief rivals, is seeking ways to profit as the industry moves toward self-driving vehicles and ride-sharing. The company is taking a cautious path on this course, its chief executive, Mark Fields, indicated in an interview with Reuters on Tuesday.

Also, Ford Chief Executive Officer Mark Fields said all of the company's small-car production will be leaving US plants and heading to lower-cost Mexico over the next two to three years.

Last week, Ford lowered its 2016 pre-tax profit forecast to $10.2 billion from at least $10.8 billion because of a charge in the third quarter for an expanded vehicle recall.

Ford said it "plans to achieve cost efficiencies averaging $3 billion annually between 2016 and 2018 and is adding new processes like zero-base budgeting to further its business transformation."

This will "offset the vast majority of costs being added to strengthen Ford’s business," but will not be enough to offset higher regulatory and vehicle development costs for what it calls emerging opportunities, such as electric vehicles.

Ford disclosed its outlook ahead of presentations later in the day to Wall Street analysts at its headquarters in Dearborn, Michigan.

Shanks also said one of the "substantial headwinds" for the 2017 outlook is higher commodity costs in North America, where Ford derived about 90 % of its second-quarter profit.

Shanks said Ford will pay a supplemental dividend of 40 % to 50 % of 2016 net income, as it did in March this year, if it reaches some financial targets and if no recession is seen on the horizon.

Most of the capital allocation will be for vehicle development and be returned to shareholders. Ford said it will be able to maintain cash from automotive operations at or above $10 billion in a downturn and continue to pay regular dividends.

In July, Shanks said the automotive sales boom in the United States since the 2008-2009 downturn was over, but that sales would not crater as they did during the last recession.

But if they do, Ford could break even if industry sales in North America fell to 11 million vehicles in 2017 and if they were at least 11 million in 2018.

Ford's costs for layoffs would be about $500 million in 2017, one-fifth of what it cost in 2007, to compensate idled workers if U.S. sales were hypothetically to decline by 40 %.

Ford shares were down 25 cents at $12.13 on Wednesday afternoon. The stock has not recovered since it fell more than 8% in late July when it said the industry was going into a gradual decline.