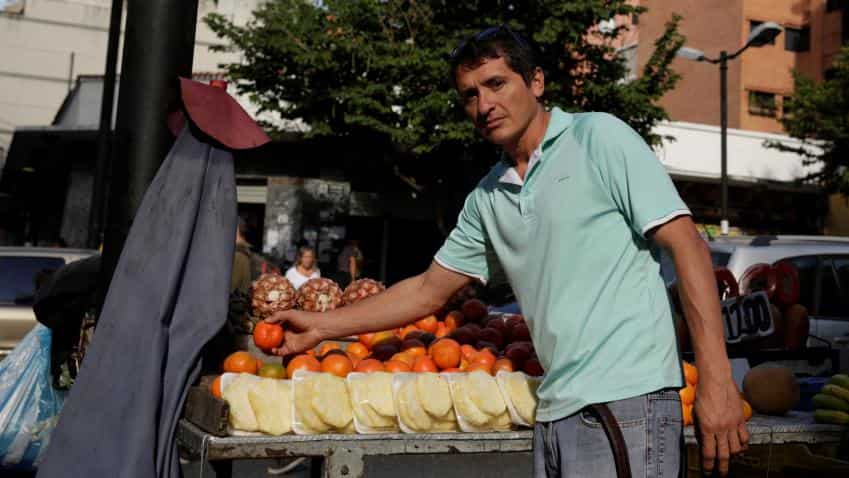 Dr Naushad Forbes suggested that the industry in general should work for creating more jobs for the teeming millions of youngsters coming out of colleges. Image Source: Reuters
Written By: ZeeBiz WebTeam
RELATED NEWS

Fast Moving Consumer Goods (FMCG) sector is estimated to grow over 15% in the next two or three years, a report titled 'Winning with the Indian Consumer' said.

The report, which was released at the National FMCG Summit 2017 organised by CII on March 8, said, “The FMCG industry can potentially grow upwards of 15% over the next two to three years, if companies show focused intent and action."

Dr Naushad Forbes, President, Confederation of Indian Industry (CII) pushed for FMCG companies to take up the ‘Make in India’ initiative at the summit to compete globally.

“India is spending 0.3% of its Gross Domestic Product (GDP) on research and development (R&D), while the global average is around 1.5% of GDP. Corporate board level focus is called for to increase the R&D spend to reach that of the global average,” Forbes said.

Stressing on job creation for the ‘millions’ coming out of college campuses, Forbes added that rapid economic development has the potential to boost the prospects of the sector into a different trajectory.

Forbes suggested that the industry in general should work for creating more jobs for the teeming millions of youngsters coming out of colleges.

Adding to this Sunil Kataria, Business Head-India and SAARC, Godrej Consumer Products said, “…the new launches from FMCG sector has fallen from around 16,000 a year a few years’ back to 8,000 last year, despite the companies in the sector being flush with funds.”

“…the ratio of FMCG growth to GDP growth rate has been coming down over the years. About 10 years back it was double the GDP growth rate, it has come down to 1.2 times about 5 years back and it is further down to 0.8 times during the last two to three years,” Bharat Puri, Chairman, CII National Committee on FMCG and MD of Pidilite Industries added.