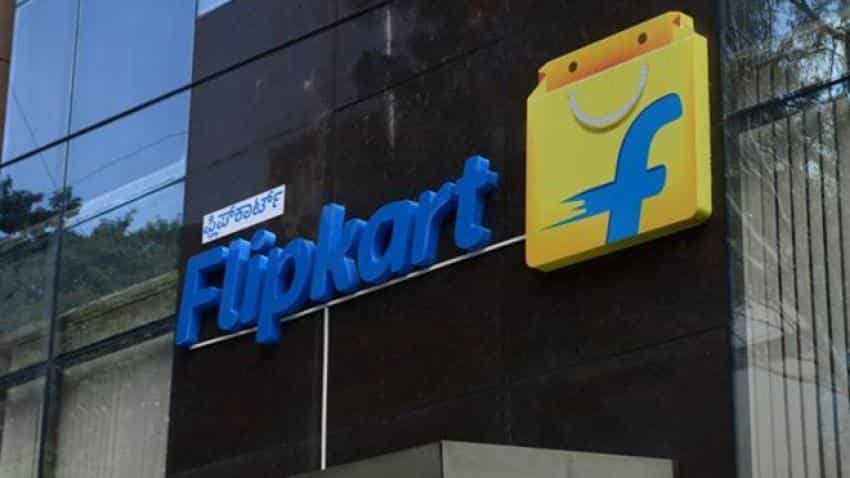 Walmart completed a thorough due diligence process on Flipkart this week, two sources said, as the U.S. retail giant looks to take a controlling stake of 51 percent or more in the Indian company. Image source: Reuters
Written By: PTI
RELATED NEWS

Walmart completed a thorough due diligence process on e-commerce firm Flipkart this week, two sources said, as the U.S. retail giant looks to take a controlling stake of 51 percent or more in the Indian company. Walmart has already floated a shareholder agreement, or offer proposal, and is looking to shell out about $10 billion to $12 billion for the stake that would value Flipkart at roughly $20 billion, one of the sources familiar with the matter said.

A deal is far from finalised, however, and talks between the two parties and investors in Flipkart are ongoing, said a third source. The sources asked not to be named because the talks are private. A stake in Flipkart would pit Walmart against Amazon.com in India and local media have reported that Amazon is exploring a rival offer for India`s largest home-grown e-commerce player.

Walmart is now seeking a bigger stake than previously expected. Reuters reported in February that it was in talks to purchase a stake of over 40 percent in Flipkart, which is backed by the likes of SoftBank Group, Tiger Global, eBay, Accel Partners, Naspers, Tencent Holdings and Microsoft Corp.

Walmart and Flipkart declined to comment. SoftBank also declined to comment, while Tiger, its other lead investor, was not immediately reachable for comment. Bengaluru-based Flipkart, started by two former Amazon employees, is fighting Amazon to grab a bigger piece of India`s massive online retail market which, according to Morgan Stanley, could be worth $200 billion in a decade.

Walmart`s investment would give Flipkart not just additional funds to fight Amazon, but also arm it with a formidable ally with extensive experience in retailing, logistics and supply chain management.
It is seen as a more likely investor than Amazon. A person familiar with the matter told Reuters that the probability of a Flipkart-Amazon deal was low, and that such a deal may spark competition fears as Flipkart and Amazon dominate India`s e-commerce market.

Bentonville, Arkansas-based Walmart could also aid Flipkart in developing its private label business, one of the sources said. For Walmart a deal would open up a vast market and another front to take on its biggest rival.

Walmart is initially not expected to rock the boat and is likely to retain top management. It may, however, look to bring in some of its own people on the legal and finance teams at Flipkart, one of the sources said.

Walmart would also likely have a say in the appointment of a chief financial officer at Flipkart, if the deal is concluded, said another of the three sources.

Two of the three sources said Tiger Global Management, Accel Partners and Naspers, would likely sell their entire stakes in Flipkart to Walmart if a deal is reached.
Accel and Naspers declined to comment.

Japan`s SoftBank, which has invested in Flipkart through its Vision Fund, may also consider selling a part of its roughly 20 percent stake if Walmart offers a good price, two sources said.
SoftBank last year invested $2.5 billion in Flipkart through prime and secondary share purchases.