E-commerce major Flipkart has shared 'some details' with the I-T authorities on its USD 16 billion deal with US-based Walmart, but the tax department will act only after regulatory approvals have been obtained, an official said 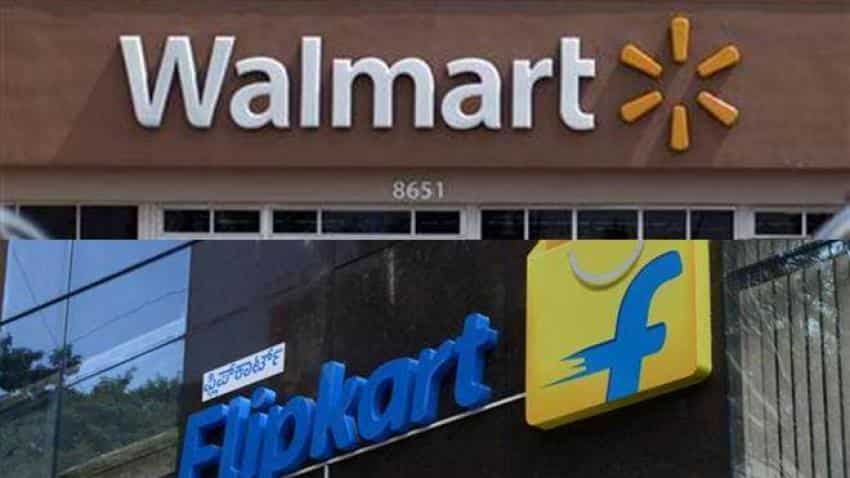 Flipkart-Walmart deal: An official said Flipkart has filed "some details" with the tax authorities and the same are being examined. Image source: Reuters
Written By: PTI
RELATED NEWS

E-commerce major Flipkart has shared 'some details' with the I-T authorities on its USD 16 billion deal with US-based Walmart, but the tax department will act only after regulatory approvals have been obtained, an official said. The department is currently studying the details received from the company, the official said, adding that they can issue notices seeking details of taxes withheld once the transactions are completed. Last month, the tax department had written to Bentonville -Arkansas based Walmart saying that the US company can seek guidance about the tax liability under Section 195 (2) of the I-T Act.

Under Section 195 of the Act, anyone making payment to non-residents is required to deduct tax (commonly known as withholding tax). The official said Flipkart has filed "some details" with the tax authorities and the same are being examined. "There is no action required right now on our part. We will wait till the regulatory clearances are obtained," the official told PTI. Nangia Advisors LLP Managing Partner Rakesh Nangia said Income tax department has power to issue notices u/s 133(6) of IT Act to any party involved in this mega deal, including Flipkart, Walmart or any of the investors selling their stake.

"If the department is not satisfied with the reply/ explanation furnished by the purchaser/ payer, it may hold the purchaser/ payer as 'assessee in default' for failure to withhold appropriate taxes u/s 195 of the Act," Nangia said. The department currently is going through the Section 9 (1) of the Income Tax law, which deals with indirect transfer provisions, to see if the benefits under the bilateral tax treaties with countries like Singapore and Mauritius, could be available for foreign investors selling stakes to Walmart.

Singapore-registered Flipkart Pvt Ltd holds majority stake in Flipkart India. Walmart had, on May 9, announced that it will pay about USD 16 billion to buy about 77 per cent stake in Flipkart. Significant shareholders in the Bengaluru-based company like SoftBank, Naspers, venture fund Accel Partners and eBay has agreed to sell their shares, as well as Sachin Bansal. Experts, however, said that the only regulatory clearance that the deal would need is from the CCI.

According to V Lakshmikumaran, Managing Partner of law firm Lakshmikumaran & Sridharan: "Under Section 6 of the Competition Act, the Walmart will have to seek clearance from the CCI as it is going to be a major player in the e-commerce sector". Besides, Walmart will also have to adhere to the guideline of the Commerce Ministry on market place model of e-commerce which allows 100 per cent FDI under automatic route, he said. As per DIPP guidelines, market place model means providing an information technology platform by an e-commerce entity on a digital and electronic network to act as facilitator between a buyer and seller.

E-commerce marketplaces are permitted to provide support services to sellers in respect of warehousing, logistics, order fulfilment, call centre, payment collection and other services. However, such entities will not exercise ownership over the inventory. Regulatory clearances have become important in the wake of complaints filed by RSS-affiliate Swadeshi Jagran Manch (SJM) to the Department of Industrial policy and Promotion (DIPP) alleging that US retail giant Walmart was "circumventing" rules for a "back-door entry" into India.

The DIPP has referred SJM's complaint to the ED, Reserve Bank, Comptetion Commission of India (CCI) and the Income Tax Department. Besides, traders body CAIT too has complained to the Enforcement Directorate for alleged violation of the government's foreign direct investment (FDI) policy. It has also approached the CCI saying that the deal will create unfair competition and an uneven level playing field for domestic players.