To increase the number of domestic passengers, GoAir has offered sops for its domestic flights that start from all-inclusive ticket price from Rs 1,415. 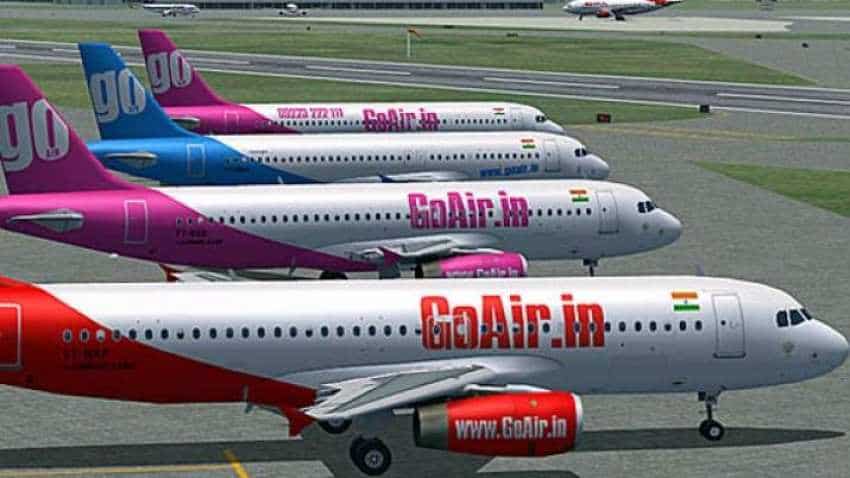 As per the latest GoAir offerings, cheapest flight is available on Bengaluru-Kannur air route that begins from Rs 1,415 per passenger. Photo: PTI

Flight ticket sale: Private air carrier GoAir has offered sops for its domestic flights that starts from all-inclusive ticket price from Rs 1,415. But, to avail this lower price, one has to book his or her ticket till 1st of April, 2019 and the travel should be in between 1st April to 30th April 2019. GoAir announced its offering on its official website and its official Twitter handle on March 27. The offering from the GoAir is seen as increasing competetion in the aviation sector and robust increase in domestic air passangers in last few years.

To inform about its offerings for domestic passangers, the air carrier GoAir announced about its offfer on its official website and through a tweet from its official Twiter handle. Its T0witter account read, "Take off with our low fares! Plan your trip and #FlySmart with domestic fares starting at Rs 1,415*. Book now: https://bit.ly/2FyKlm0."

Take off with our low fares!
Plan your trip and #FlySmart with domestic fares starting at ₹1,415*.
Book now: https://t.co/kONaOBGmjv pic.twitter.com/mj4ZEmwiPi 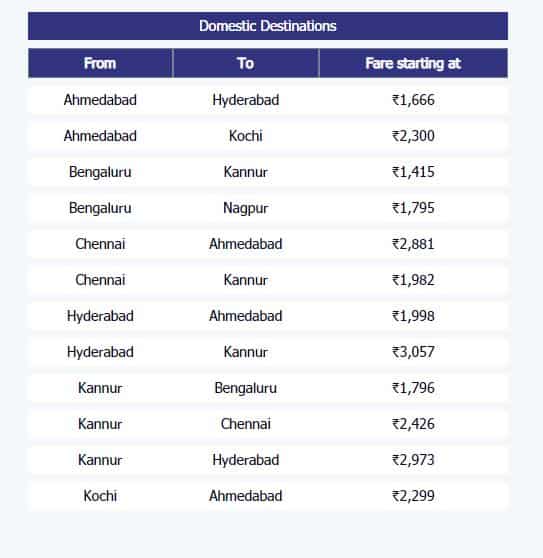 Jet Airways is offering cheaper tickets for the domestic passengers on 37 air routes, which is available on the official website of the Jet Airways www.jetairways.com.