Heavy rains in Mumbai held up flight departures and arrivals on August 29 and continued to impact airline operations on Wednesday. 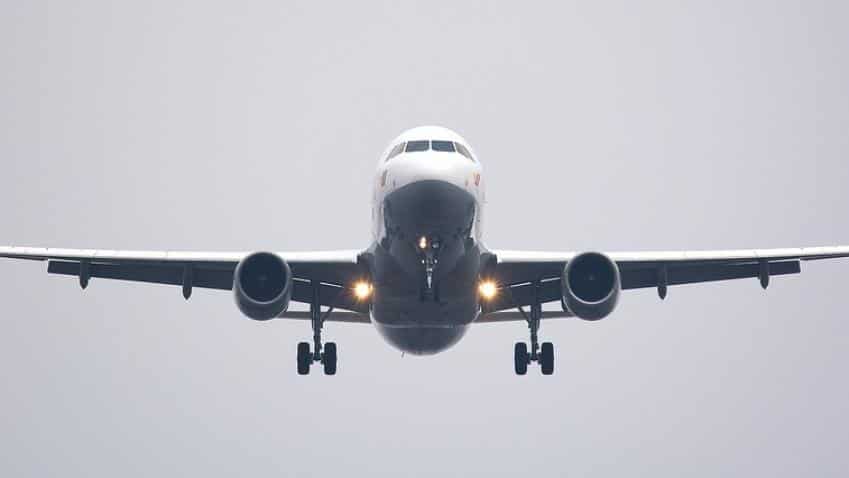 Passengers have been urged by the airlines to constantly check flight statuses with the respective airlines before embarking on travel plans today. Image Source: Pixabay
Written By: ZeeBiz WebTeam
RELATED NEWS

After the downpour that engulfed the city on August 29 flight operations were severely impacted on Tuesday. Many domestic airlines like Jet Airways and IndiGo announced the cancellation and delay of flights that will continue to be impacted on Wednesday.

Market leader, IndiGo on Wednesday tweeted out, “Cancellation/rescheduling of flights affected due to bad weather condition at Mumbai sector.”

The airline have waived off the cancellation charges for passengers travelling to and fro from Mumbai on August 29. Those passengers that were impacted due to delay and cancellation of flights could get their booking rescheduled; cancelled without any change or cancellation fees.

Jet Airways also put out an official statement regarding the cancellation of flights.

"Inclement weather in Mumbai during the last 24 hours, including the suspension of arrivals and departures between 1615-1700 hours at Mumbai Airport impacted Jet Airways' schedule, resulting in the airline's flights from Mumbai being delayed by up to 30/40 minutes. During the interim, two flights - 9W275 and 9W624, were diverted to Ahmedabad and are now being recovered," Jet said

It further added, "To minimise the impact on the network and hasten recovery, the air to cancel a few scheduled flights of August 29 and August 30.”

The following flights have been cancelled by the airline for August 30.

Our official statement with regards to heavy rains in #Mumbai. pic.twitter.com/uP3jb7DfZf

Vistara also put out a customer service number for assistance during travel today and has also waived off the cancellation charges for those who couldn't make it to the airport in Mumbai.

The national carrier, Air India too has waived off cancellation fee in light of the floods in Mumbai.

However, as the weather improves airlines are working around rescheduling flights. Passengers have been urged by the airlines to constantly check flight statuses with the respective airlines before embarking on travel plans today.