After touching new high of Rs 872 per share on September 20, RIL's share price has given nearly 7% return in just one week. Analysts are optimistic over the stock due various reasons. 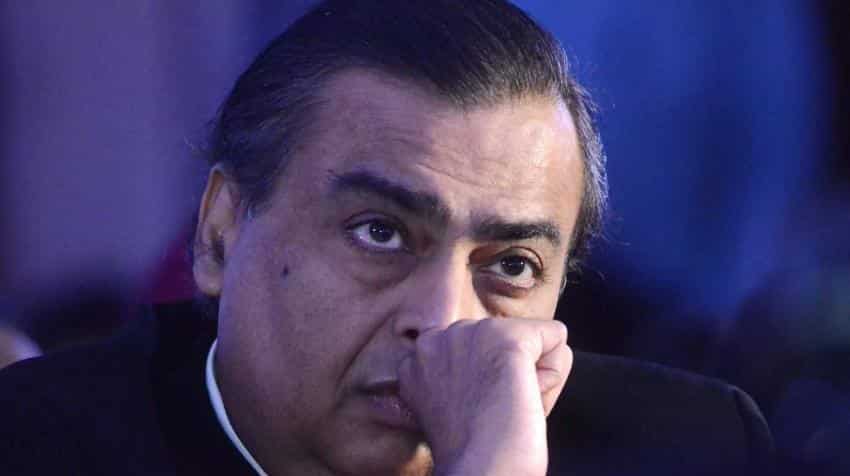 The Telecom Regulatory Authority of India (TRAI), on September 19, decreased the interconnect usage charges (IUC) from 14 paisa per minutes to 6 paisa per minute with effect from October 1, 2017. This would be further reduced to zero from January 01, 2020.

Following this, the share price of RIL jumped to a new high of Rs 872-per piece on September 20, 2017. With this performance, RIL gave nearly 7% return since the time it started trading ex-bonus on September 07, 2017.

Talking on IUC cut, Reliance said, “Jio has always offered free voice services to its customers. There is no question of any advantage from the new IUC regulation to Jio as it has already passed on all the benefits to customers. We deny any benefits to Jio.”

RIL added, “ At a time when the world is moving towards IP-based technologies, cost of voice has come down to a fraction of a paisa and the customers should enjoy this advantage.”

Analysts recommend investors to stay invested in Reliance Industries and have increased their target price for the stock.

Naveen Kulkarni, analyst at Phillip Capital said, "Reliance Jio’s strategy hinges on providing free voice services; in current market conditions, it pays the highest IUC among smaller operators. Therefore, Jio will benefit the most. The incumbents’ loss will be Jio’s savings to a large extent.”

During seven months of its operations, the youngest member of the telecom industry paid as much as Rs 2589 crore as IUC, ICRA said.

Fitch Ratings said, “In contrast, the move should bring significant cost-savings and lead to faster-than-expected EBITDA break-even for recent entrant RJio. We expect the move will result in a transfer of $500 million-600 million per year from incumbents to Jio. ”

Swarnendu Bhushan and Abhinil Dahiwale, analysts at Motilal Oswal said, “We believe RJio will continue tapering freebies for smartphone subscribers, even as it may extend discounts to feature phone subscribers to accelerate market share growth.”

A Motilal Oswal report said, “We have increased the refining and marketing multiples from 6x to 7x, driven largely by the better performance exhibited by the company in its refining segment in an adverse environment, due to its better risk and yield/crude management.”

Reliance's petrochemical portfolio, while being focused on commodity chemicals, has still earned 20% ROCE over cycles.

Motilal expects EBITDA to rise in petrochem business ahead. 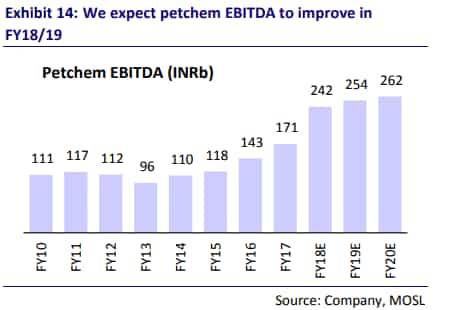 After nearly doubling its energy business investments in the past four years, RIL's energy earnings are poised to inflect over the next two years, benefiting from slowing oil oversupply, a rising global gas glut, and the start of a polyester upcycle. Trend in FCF is also expected to change in the second half of FY18.

Considering the above reason, Motilal Oswal has increased its target price to Rs 950 per share - up 13% from its previous Rs 750 per share.

Morgan Stanley, for long term basis, has set the target price of RIL at Rs 1,823 per share.

It said, "RIL is an integrated refining and petrochemical player with operating assets similar to global peers’,and hence we expect it to trade in line with them."