As SBI's chief Arundhati Bhattacharya's extended four-year term comes to an end on October 6 this year, the Finance Ministry has initiated the process for finding new chief for the bank. 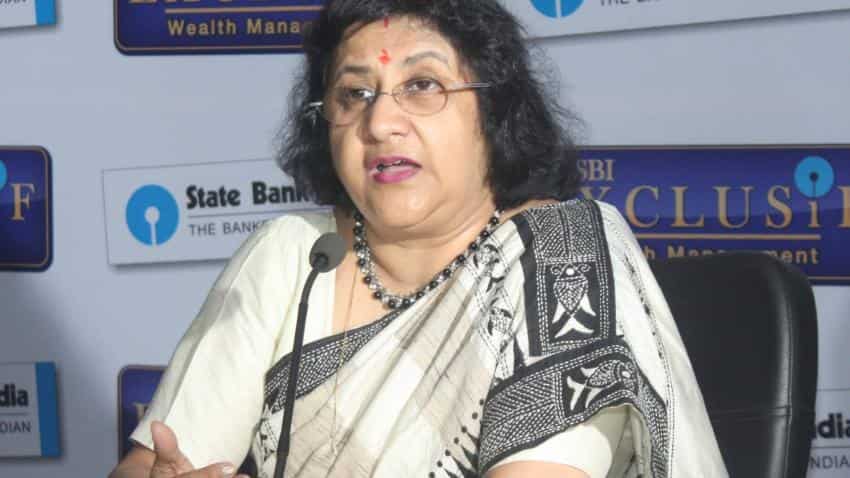 The Finance Ministry has initiated the process for finding new chief of the country's largest lender State Bank of India (SBI) as Arundhati Bhattacharya's extended term comes to an end on October 6.

"Department of Financial Services has communicated to Banks Board Bureau the emerging vacancies at the top level of PSU banks which will have to be filled during course of the year," a senior Finance Ministry official said.

This also includes chairman and one managing director of the SBI, which alone has market share of more than 20%.

Bhattacharya will complete her four-year term as chairperson of SBI on October 6.

The post assumes significance as the bank has recently merged five associates and the Bharatiya Mahila Bank (BMB) pushing SBI into the league of top 50 banks globally in terms of assets.

The government had in February approved the merger of these five associate banks with SBI. Later in March, the Cabinet approved merger of BMB as well.

For the fourth quarter (Q4) ended March 2017, the bank reported more than doubling of its net profit on the back of increased lending and reduction in provisioning for bad loans.

With stock prices inching up, SBI has lined up share sale through which it intends to raise Rs 15,000 crore during the current fiscal.

It is in the process of appointing six merchant bankers for managing its proposed share sale. The central government holds 62.22% stake in the bank as of March 2017.