Fiat Chrysler Automobiles cut the prices of its Linea range by 7.3% and of the Punto Evo by 7%. 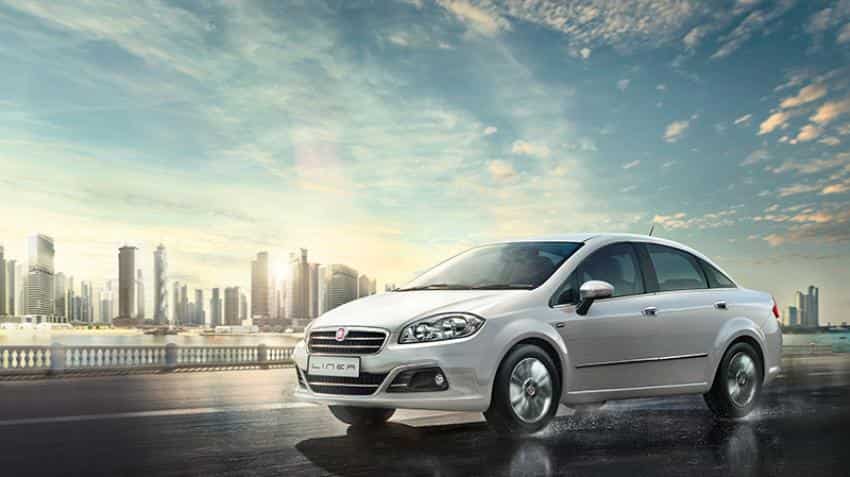 Fiat Chrysler Automobiles (FCA) India has cut the prices of its sedan Linea by up to Rs 77,121 and hatchback Punto Evo by up to Rs 47,365 in a bid to attract more customers in the country.

Besides, prices of Punto range has been reduced by around 7% and the hatchback would now be available between Rs 5.45 lakh and Rs 7.55 lakh. It was earlier priced ranging from Rs 5.85 lakh and Rs 7.92 lakh (all prices ex-showroom Delhi).

"We started the strategic rationalisation in terms of pricing last year. Urban Cross was launched at very competitive price while we also adjusted prices for Avventura range. Following this strategy, we have now cut the prices of Linea and Punto Evo by 7.3% and 7% , respectively," FCA India President and Managing Director Kevin Flynn told PTI.

In a market where every other automaker has announced price hikes, the company is rationalising product prices to give a greater value proposition to the customers, he added.

"Even as we rationalise prices, we have already enhanced features on our cars. Our products now come loaded with features," Flynn said.

The company, which is the wholly-owned subsidiary of the world's seventh largest automaker Fiat Chrysler Automobiles, has been struggling in India.

According to SIAM data, the company sold 4,314 units in domestic market during the April-November period, down 22.67%, from 5,579 units in same period of previous fiscal.

Elaborating on strategy going ahead, Flynn said, "2017 is a significant year for FCA as we enter a new phase of growth with both brands Fiat and Jeep. We want to make this the year of our transformation in approach towards engaging with existing customers and winning new ones," Flynn said.

This thought led us to start 2017 by enhancing the value proposition on Linea and Punto EVO as the first step, he said.

FCA, that parents both Fiat and Jeep brands, as part of its vision for 2017 is also sharpening its focus on customer centricity.

"This year, we will move the needle on our sales and service network for which we have started implementing significant changes," Flynn said.

The company is currently in the phase of overhauling its sales and service network to make it modern and better equipped to handle more footfalls in the new year.

It has launched new format of dealer showrooms, called destination stores, and workshops in Delhi, Mumbai, Chennai, Ahmedabad, Kochi and Bengaluru, adding to its existing sales network of around 90 outlets.

The company plans to have Jeep-exclusive as well as Fiat-Abarth- Jeep Destination stores by mid-year.

"We will have a combination of new investors and existing dealer partners in network enhancement drive.Network expansion plan will be proportionate to growing volumes, now with Jeep Compass joining current product portfolio," Flynn said.

He added the company is also excited about the launch of Jeep Compass later this year. The model would be locally produced at Ranjangaon, Pune and compete with the likes of Hyundai Tucson, Honda CR-V and Toyota Fortuner.