Aiming to gain a bigger pie of the $5 billion opportunity this festive season, two big e-commerce players Amazon.in and Flipkart on Friday announced record transactions on their respective platforms, along with adding new customers especially from the tier II and III cities in the September 29-October 4 sale period. 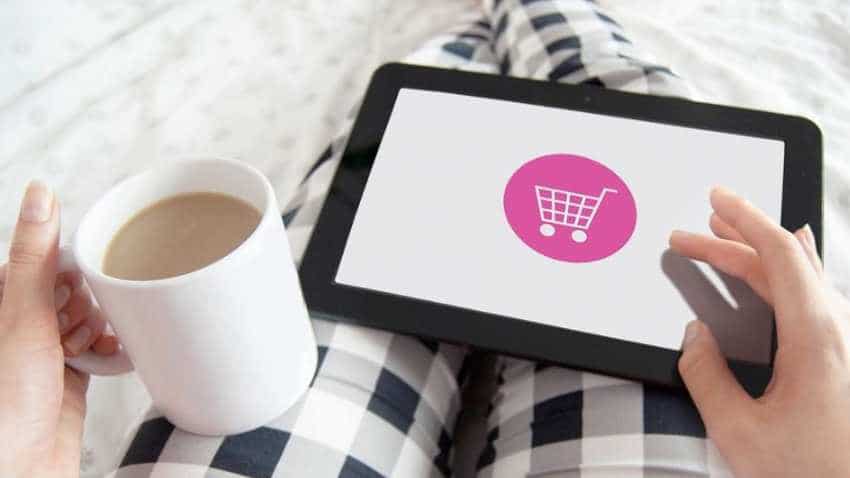 Nearly 50 per cent of top sellers on Flipkart witnessed 3X growth and over 40 per cent of transacting sellers during the sale were from Tier 2 and beyond towns. Pixabay
Written By: IANS
RELATED NEWS

Aiming to gain a bigger pie of the $5 billion opportunity this festive season, two big e-commerce players Amazon.in and Flipkart on Friday announced record transactions on their respective platforms, along with adding new customers especially from the tier II and III cities in the September 29-October 4 sale period. The consumer electronics, smartphones, fashion and large appliances were among the top gainers as the demand surged from smaller cities and towns this year, indicating that the consumer spending has only increased in the country despite slowdown fears.

Amazon.in said it received orders from 99.4 per cent of pincodes while over 65,000 sellers from more than 500 cities received orders in just five days of the first edition of its "Great Indian Festival" sale. Nearly 15,000 sellers more than doubled the sales while millionaire sellers including "crorepati" sellers exceeded 21,000 sellers in the sale. The customers from over 15,000 pin codes joined Amazon Prime and Prime members can now be found in every nook and corner of the country. The company said it registered over 88 per cent new customers from small towns.

"The first wave of the Great Indian Festival was our biggest celebration ever with Amazon.in -- orders from 99.4 per cent pincodes, over 65,000 sellers from more than 500 cities receiving orders in just five days and customers from over 15,000 pin codes joining Prime," said Amit Agarwal, Senior Vice President and Country Head, Amazon India. According to market research firm Forrester, online retailers in India are expected to generate about $4.8 billion in sales from September 25 to October 29. About 80 per cent of these sales were to happen between September 29 and October 4.

In the smartphone category, there was 15 times growth led by brands like Samsung, OnePlus, Apple, Xiaomi and Vivo on Amazon.in. "OnePlus recorded over Rs 700 crore in sales while Samsung saw a growth of 5 times compared to the Great Indian Festival 2018, led by stellar performance of the M Series and good demand for Samsung A series and Samsung Note 9," said Amazon.in.

Aiming to bring the next 200 million consumers to the e-commerce fold, Flipkart said that "The Big Billion Days" sale witnessed almost 50 per cent growth in the number of new customers compared to last year, with 70 billion views in six days of the sale that began on September 29. Clocking record sales powered by shoppers and sellers from tier 2 cities and beyond, more than 50 per cent of Flipkart Plus shoppers were from smaller cities and towns, while sales from tier 3 cities grew by 100 per cent (YoY).

"We take immense pride in making e-commerce more inclusive through the introduction of some top categories which during this festive season, have been able to cater to the needs of Tier 2 markets and beyond," Kalyan Krishnamurthy, CEO of Flipkart Group, said in a statement.

Nearly 50 per cent of top sellers on Flipkart witnessed 3X growth and over 40 per cent of transacting sellers during the sale were from Tier 2 and beyond towns. Fashion witnessed a 70 per cent growth in sales compared to last year and women customers contributed 45 per cent to overall fashion sales (units sold).

The mobile category saw the biggest festive season till date, with brands achieving more than 2X growth over the last year's sale. The Electronics category witnessed an overall growth of 50 per cent in new customers as 34 electronic accessories were sold every second during the early access period.

According to Snapdeal, the orders received so far are 52 per cent higher than in the comparable sale period last year. The top-selling categories in the sale at Snapdeal are apparel, fashion accessories, personal care appliances, lamps and lighting and general merchandise for home and kitchen.

"Snapdeal`s continued growth and leadership in `Bharat e-commerce' is a proof that value-priced selection is an evergreen attraction for shoppers across India," Kunal Bahl, CEO and Co-founder, Snapdeal, told IANS. Most consumers took the EMI route to fulfill their wishes.