Hitesh Goel and Nishit Jalan analyst of Kotak Institutional Equities said, “We expect a strong quarter for automobile companies in our coverage universe led by strong demand as manufacturers push inventory ahead of the festive season.” 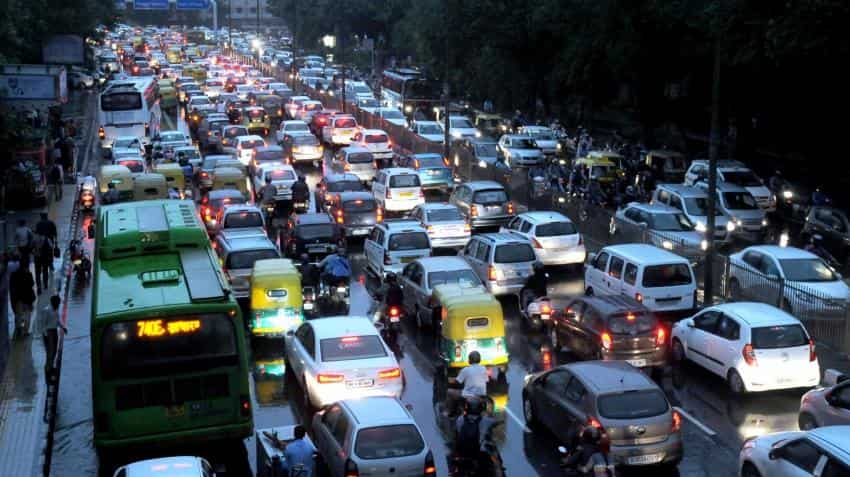 We have investment plans of Rs 300-350 crore in the next 3 years: Sunil Chordia; Rajratan Global Wire Ltd

Skoda Auto to deliver Kushaq to customers in July

There is finally something to cheer about for India's automobile sector.

A 20% jump in car sales in September, followed by favourable monsoon that helped boost two-wheeler sales and the 7th Pay Commission bonanza means the sector is likely to post robust results for its second quarter ended September 30, 2016.

Hitesh Goel and Nishit Jalan analyst of Kotak Institutional Equities said, “We expect a strong quarter for automobile companies in our coverage universe led by strong demand as manufacturers push inventory ahead of the festive season.”

These analyst estimates a 38% year-on-year rise in net profit for auto companies.

The Society of Indian Automobile Manufacturers (SIAM) said," The first half of FY17  has been 12% growth  and we expect second half  to be around 10%. This is due to high inventory build up in Q2 for the earlier festive season."

As per Kotak Institutional Equities, following are company-wise performance:

The company’s volume is expected to be driven by its Baleno, Vitara Brezza and Celerio Diesel models. Together these have boosted 18% yoy improvement in Maruti Suzuki’s volume in Q2FY17.

It expects Maruti’s revenue to rise by 30% yoy as the mix shifts towards higher-priced vehicles. While net profit is expected to rise by 62% yoy in the period led by higher other income due to Ind-AS accounting norms.

The company's performance will revolve around Jaguar Land Rover (JLR).  JLR recorded 28% rise in its September sales  driven by strong sales of the Land Rover Discovery, Discovery Sport, the Range Rover Evoque and the Jaguar F-PACE, as well as solid sales in China.

JLR delivered strong retail sales growth across all key regions with China up 50%, followed by Europe at 32%, UK at 30% and North America up 23%.

The report said," Standalone operations will likely report a profit in 2QFY17 led by 80 bps yoy improvement in EBITDA margin."

It saw 16% improvement in volume during the Q2FY17 period supported by strong demand for new scooter models and inventory build-up ahead of the festival season.

Hero MotorCorp's EBITDA margin is believed  to improve by 30 bps qoq to 16.9% in 2QFY17 due to operating leverage benefits.

This company's growth line is expected to be supported by Royal Enfield's (RE) sales volume.

EBITDA margin of RE is estimated to  improve by 110 basis points qoq led by operating leverage benefit.

Recently, the  RE took a price increase of 1%, which is expected to offset the rise in commodity costs.

Thus, considering the factors, consolidated net profit of Eicher Motors is expected to increase by 73% yoy in 2QFY17 led by 31% yoy growth in REvolumes.

The company’s volumes improved by 19% yoy in 2QFY17. This was driven by 12% yoy growth in automotive segment volumes led by the launches of compact SUV models (KUV100 and TUV300) and 36% yoy growth in tractor volumes on a low base.

EBITDA margin is expected to decline by 80 bps qoq due lower share of tractors in the product mix.

Two-wheeler and three-wheeler manufacturer faces hard times on export front since start of FY17. It’s total volumes declined by 2% yoy led by 27% yoy decline in export volumes sharp slowdown in demand in Africa and Latin America. While Domestic volumes grew by 22% yoy led by strong growth in domestic three-wheelers and additional volumes of CT100 and Avenger.

EBITDA margin to improve by 50 bps qoq due to a weaker product mix and higher volumes.

Volumes have improved by 20% yoy. However, export volumes declined by 11% yoy in 2QFY17 potentially due to steep decline in exports to Africa.

We have investment plans of Rs 300-350 crore in the next 3 years: Sunil Chordia; Rajratan Global Wire Ltd

Skoda Auto to deliver Kushaq to customers in July