The Cabinet Committee on Economic Affairs (CCEA) has approved the Nutrient-Based Subsidy (NBS) rates for P&K fertilisers for October 2021 to March 2022. 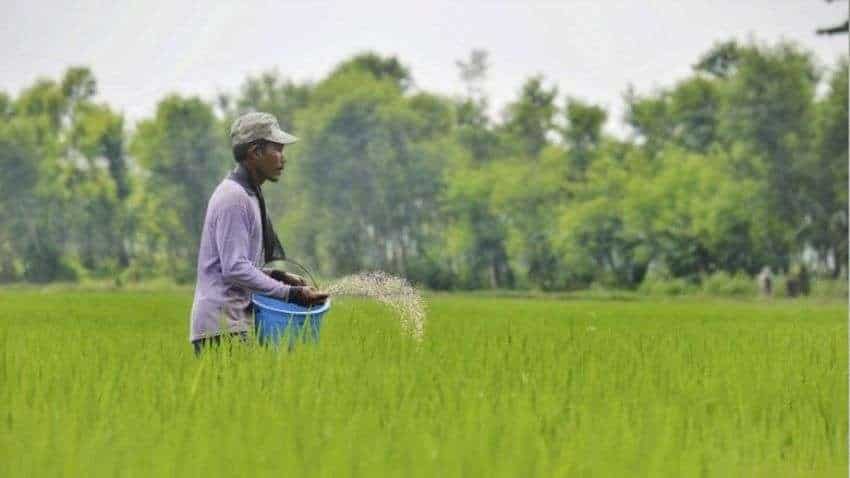 Rating agency ICRA has termed the government's decision to provide a special one-time package for extra subsidy on DAP fertiliser as positive for farmers as well as the industry, and said the availability of key nutrients will improve in the coming months.

On Tuesday, the government announced a net subsidy of Rs 28,655 crore on Phosphatic and Potassic (P&K) fertilisers for the October-March period of this fiscal to ensure that farmers get nutrients at affordable prices during the rabi sowing season.

The Cabinet Committee on Economic Affairs (CCEA) has approved the Nutrient-Based Subsidy (NBS) rates for P&K fertilisers for October 2021 to March 2022.

In a statement, the rating agency said the Centre has approved a special one-time package for pay-out of additional subsidy for DAP and three most consumed NPK grades.

The subsidy rates under the NBS scheme have been kept unchanged from the announcement made in May 2021. However, an additional pay out of Rs 438/bag (Rs 8,760 per tonne) for DAP and Rs 100 per bag (Rs 2,000 per tonne) for the three most consumed NPK grades has been approved, it added.

The additional subsidy has been approved only for four grades of fertilisers out of the 24 fertilisers covered under the NBS scheme and has become effective from October 1, 2021.

Sabyasachi Majumdar, Group Head & Senior Vice President at ICRA, said the step will provided succour to the industry as the phosphatic fertiliser players had been incurring losses on the sale of DAP due to which the stocks had dipped and availability to farmers had become an issue.

"As per our estimates, the industry will be making marginal profit on sale of DAP while NPK sales are expected to provide decent level of profitability in the upcoming rabi season,"he added.

"With the increase in the subsidy on these key grades of phosphatic fertilisers, we expect decent level of profitability for phosphatic fertiliser players. As a result, DAP imports and manufacturing of complex grades is expected to rise going forward ensuring better availability of the same for the upcoming rabi season," he added.

"The proposal would partly offset the increase in fertiliser price due to international factors. The increased fertiliser subsidy in the current financial year would definitely help the farmers," he added.

The government has provided a special one-time package for additional subsidy on DAP at the tentative additional cost of Rs 5,716 crore.

The total subsidy required will be Rs 35,115 crore, the statement said.

In June also, the CCEA had raised the subsidies for DAP and some other non-urea fertilisers by Rs 14,775 crore.

The government had allocated nearly Rs 79,600 crore for fertiliser subsidies in the 2021-22 Budget and the figures could rise after the provisions of additional subsidies.

Sources had said that the total fertiliser subsidies would cross Rs 1 lakh crore this fiscal year.

The government is making available fertilisers, namely urea and 24 grades of P&K fertilisers to farmers at subsidised prices through manufacturers/ importers.

The subsidy on P&K fertilisers is being governed by the NBS scheme with effect from April 2010.

In the case of urea, the Centre has fixed the maximum retail prices and reimburses the difference between the MRP and production cost in the form of subsidy.