Facebook's posted a strong 59% growth in total revenues at $6,426 million, while Twitter's quarterly revenue was up by only 20% year-over-year at $602 million. 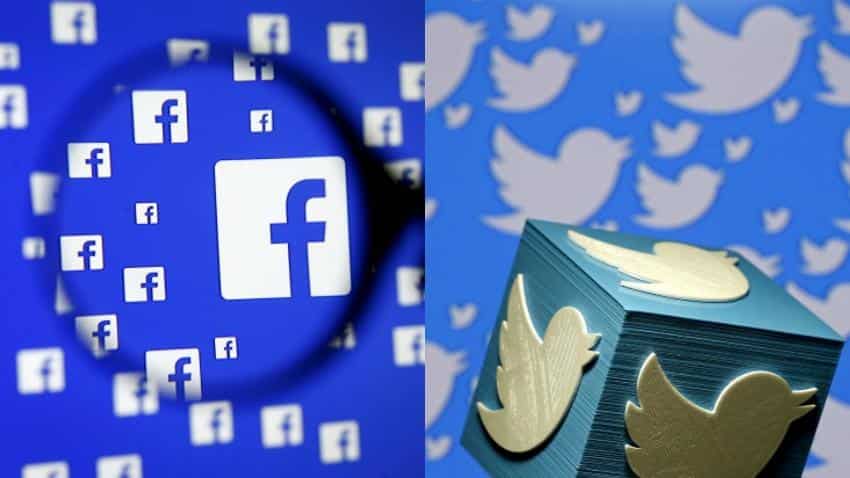 It was deja vu again when it came to the second quarter results of social media giants Facebook and Twitter. The growth of Facebook again showed a strong rise in revenues and profits for the quarter, on the other hand Twitter growth in revenue has declined since the same time last year.

Facebook's posted a strong 59% growth in total revenues at $6,426 million, while Twitter's quarterly revenue was up by only 20% year-over-year at $602 million. This is a vast difference in the growth as well as the revenues between the two companies.

The total revenue of Facebook has also increased from a 39% growth last year. However, Twitter seems to doing the opposite as a year ago, the year-over-year growth was 61% and two years back, it was a whooping 124%.

However, what was more troubling for Twitter is the declining growth in the average monthly active users (MAUs) were 313 million for the quarter, up just 3% compared to 310 million in the previous quarter.

Twitter's not-so-promising second quarter earnings results led to the shares of micro-blogging website tumbling on Tuesday which wiped out nearly 10% from its share price in after-market trading.

Facebook's shares on the other hand surged 7.5% ($132 per share) in after-hours trading due the positive earnings.

This is 16th time Facebook beat investor expectations out of 17 quarters since it went public at $38 per share, Tech Crunch reported.

According to Mark Zuckerberg, CEO, Facebook people searching for what others are saying about certain topics is driving that growth, which highlights Facebook`s on-going quest to win public chatter, a space Twitter has long ruled. This is a big threat to Twitter. However, Facebook doesn't plan to rush to monetise search.

"Our community and business had another good quarter. We're particularly pleased with our progress in video as we move towards a world where video is at the heart of all our services," said Zuckerberg.

Facebook now sees two billion searches per day, up from 1.5 billion a year ago.

The forecast too did not seem to convey that the company will see a large growth in the coming quarters.

According to Twitter, it expects revenue of about $590 million to $610 million in the third fiscal quarter of 2016 -- far lower than the $678 million analysts expected Twitter to forecast.

"We've made a lot of progress on our priorities this quarter. We are confident in our product roadmap and we are seeing the direct benefit of our recent product changes in increased engagement and usage," Jack Dorsey, Twitter's CEO, said in a statement.

"We remain focused on improving our service to make it fast, simple and easy to use, like the ability to watch live-streaming video events unfold and the commentary around them," he added.

"We continue to believe that, with disciplined execution against our priorities, we can drive sustained engagement and audience growth over time. We also have exciting momentum with live-streaming video initiatives underway," added Anthony Noto, Twitter's CFO.

Advertising on mobile devices accounted for 84% of Facebook`s $6.2 billion in advertising sales.