Facebook on Thursday said that its Messenger service has crossed 1.2 billion monthly active users milestone with the addition of about 200 million new users in last eight months. 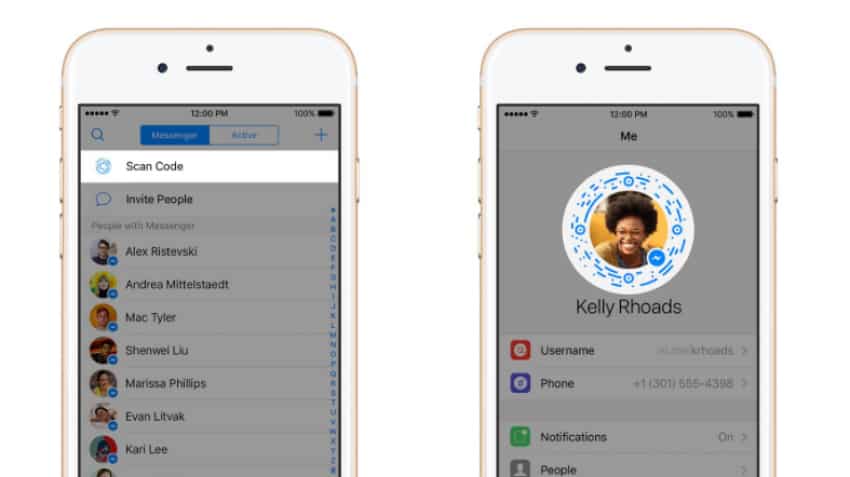 Facebook has seen similar traction for its other products as well with India being a key consumer. Representational Image. Image Source: David Marcus/Facebook
Written By: PTI
RELATED NEWS

Facebook's Messenger on Thursday said it has crossed 1.2 billion monthly active users milestone with the addition of about 200 million new users in last eight months.

"We now have over 1.2 billion people actively using Messenger every month," Facebook Head of Messenger David Marcus said in a post on the social networking platform.

In July last year, Facebook had said it had one billion users of Messenger, its messaging service on the social networking platform.

Facebook has seen similar traction for its other products as well with India being a key consumer.

WhatsApp, its mobile messaging app, has over one billion users of which about 200 million are from India.

Its photo-sharing app Instagram has about 600 million users globally.

While messaging apps continue to gain popularity across the world, Facebook, on its part, has continued to add services to keep its audience engaged on the app.

Recently, Facebook had announced enhancements in Messenger's peer-to-peer payments capabilities, enabling users of the app to send or receive money between groups of people in certain geographies.

It has also rolled out M, a limited version of its AI assistant, that can help with some specific tasks. This is apart from vanilla-services like text, voice and video chats.