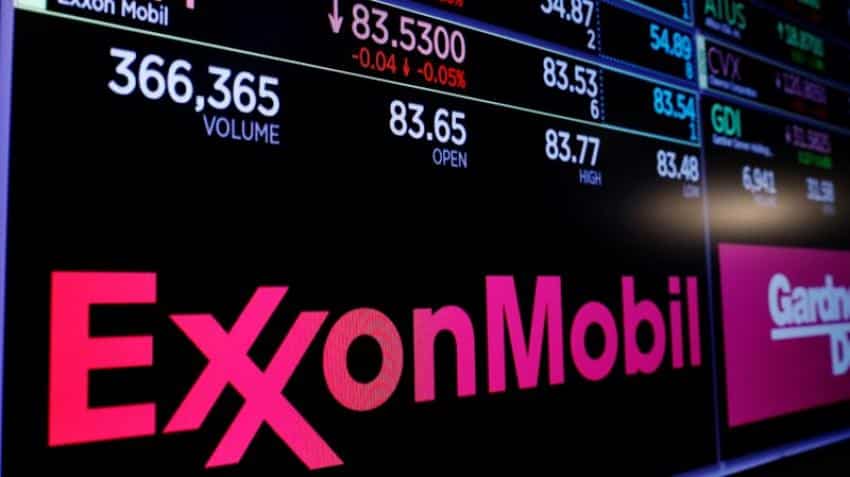 The rare earnings miss from Exxon comes as the company tries to bolster reserves around the world while also cementing its position as one of the largest producers of oil and natural gas in the United States.

Even though oil prices have jumped from last year`s lows, helping Exxon`s production operations, the company`s refining and chemical arms struggled in the quarter, especially outside the United States.

Irving, Texas-based Exxon said earlier this week it would triple its Permian shale production to about 600,000 barrels of oil equivalent per day by 2025, part of a plan to invest $50 billion in the United States thanks to tax reform signed by U.S. President Donald Trump.

"The impact of tax reform on our earnings reflects the magnitude of our historic investment in the U.S. and strengthens our commitment to further grow our business here," Chief Executive Darren Woods said in a statement.

The company saw a $5.9-billion non-cash benefit related to recent U.S. tax reform to revalue deferred taxes. Without the tax reform accounting changes, Exxon would have lost money in the United States.

Excluding that tax change and other one-time items, Exxon earned 88 cents per share. By that measure, analysts expected earnings of $1.04 per share, according to Thomson Reuters I/B/E/S.

Production fell 3 percent to 4 million barrels of oil equivalent per day, with the only output gains in the company`s portfolio coming from the United States.

Throughput at the company`s refineries - a measurement of how much volume they processed - fell 4 percent.

Exxon is slated to hold its annual investor day on March 7 in New York.