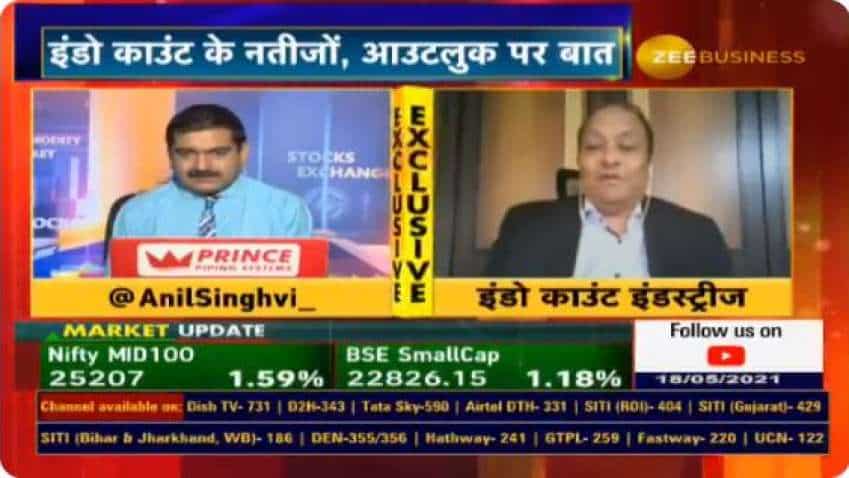 The company has posted strong Q4FY21 results with 74 per cent year-on-year rise in its income
Written By: ZeeBiz WebTeam
Edited By: Prashant Singh
RELATED NEWS

This is what he said in this exclusive chat:

The company has posted strong Q4FY21 results with 74 per cent year-on-year rise in its income. Lalpuria said that the strong results are on account of various factors – the most important among them was the teamwork under the current circumstances. He said that company has been exporting for over three decades now and the organisational culture also suits this segment. The biggest market is US which accounts for 75 per cent of its sales.

The demand has been significant in that market during the pandemic, he further said. The market share of Indo Count’s products has gone up to 15 per cent now, he said.

The company believes in China plus one policy and there have been adverse sentiments against the country after the pandemic. Its share has gone down from 19 per cent to 11 per cent now, the ED said.

He expects the demand to remain robust going forward.

In the domestic market, the demand is expected to take-off omni channels services comprising of online and offline services.

The company has received good response towards its brands Boutique Living and Layers. While the former was launched three years back, the latter was launched in the year gone by, Lalpuria said.

The prices of products have gone up during the pandemic because of the demand-supply mismatch, the ED said adding that it would normalise going ahead.