Murari Lal Jalan, who is trying to buy Jet Airways, is backed by the Gupta brothers (Ajay, Atul, Rajesh Gupta) of South Africa who are accused of serious charges of corruption 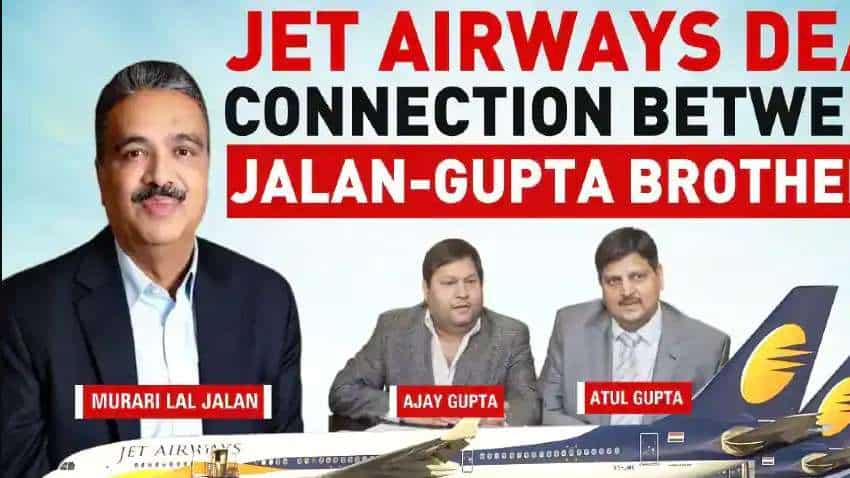 New Delhi: As part of this investigative series, we had earlier revealed how the Gupta brothers of South Africa are secretly preparing to purchase India's Jet Airways with the help of Murari Lal Jalan.

We had also revealed the family and business links between Gupta Brothers and Murari Lal Jalan. These are the same Gupta brothers against whom many cases of corruption, bribery are going on in South Africa, and any business deal with them is banned in the United States.

What was the reason that the US government has banned any business deal or agreement with Gupta Brothers?

Murari Lal Jalan, who is trying to buy Jet Airways, is backed by the Gupta brothers (Ajay, Atul, Rajesh Gupta) of South Africa who are accused of serious charges of corruption and subsequently had to flee the country. There is a direct connection between the Murali Lal Jalan family and the Gupta Brothers.

An agreement was done on July 13, 2018, which was registered in Delhi. The two parties to this agreement were LCR Investments, a Gupta family company and the Bengal Orion Financial Hub Ltd of the Jalan family. According to this agreement, LCR Investments signed an agreement to sell a 68.50 per cent stake in its partner company, Heritage Aviation, to the Jalan family company Bengal Orion Financial Hub for 6 crore 85 lakh rupees. 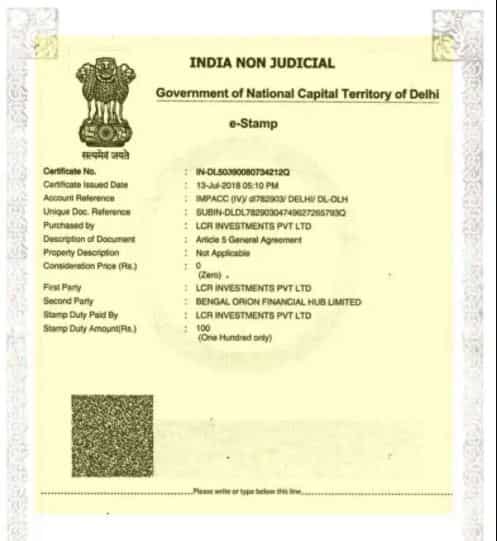 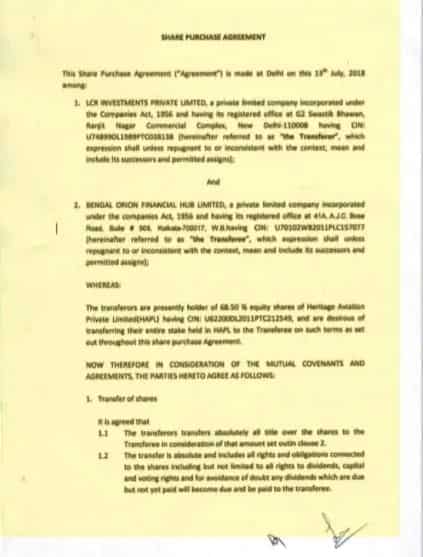 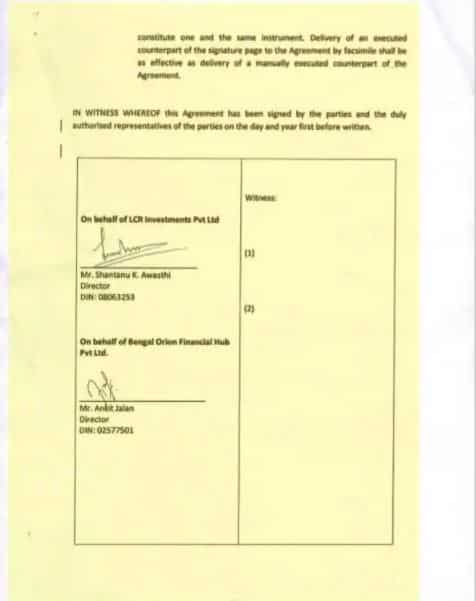 LCR Investments is a Gupta family company. The company is used to execute transactions with other companies.

Who are the shareholders of this company? Who owns the company?

Suryakant Singhal is the son of Ajay Gupta, one of the three brothers. Until the financial year 2017-18, Singhal was named as one of the directors of LCR Investments. His name was later removed from the list of directors, but he continues to be one of the shareholders.

The second party to the 2018 agreement is the Bengal Orion Financial Hub, a company of the Jalan family. According to documents, Murari Lal Jalan resigned from this company on March 5, 2018. 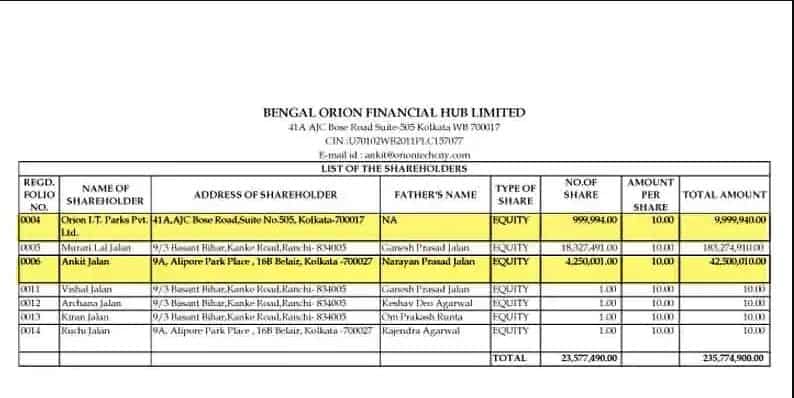 But in the latest shareholding records, Murari Lal Jalan's name has been removed. Now the biggest shareholding is that of his brother Vishal Jalan, while the other big stakeholder is Ankit Jalan. The third major stake is with Orion IT Parks. It is a company of the Jalan family. The Bengal Orion Financial Hub was registered on January 12, 2011, in Kolkata. Its address is 41A JC Bose Road Suite, 505, Kolkata.

Out of a total of 1 crore shares, 68 lakh 50 thousand shares were transferred by LCR Investments to Bengal Orion Financial Hub on December 1, 2019. 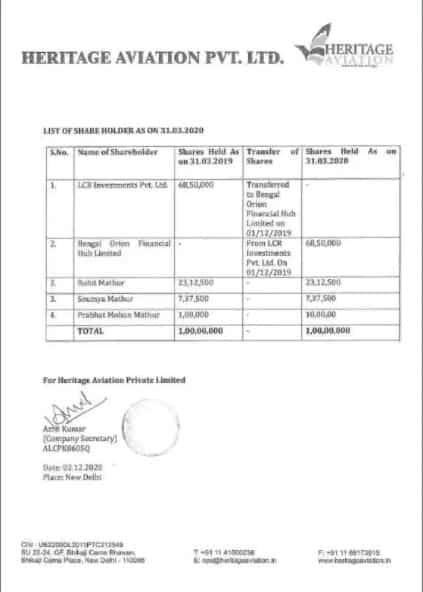 Documents accessed by Zee show that Heritage Aviation has received the Letter of Award for the selected airline operator for the Dehradun-Pithoragarh-Hindon route under the Regional Connectivity Scheme of the Airport Authority of India. It included routes like Hindon-Pithoragarh-Dehradun, Gauchar-Sahasradhara-Chinyalisaur, Pithoragarh-Pantnagar, Dharchula-Haldwani-Haridwar and Haridwar-Haldwani. According to documents, a company named Heritage Aviation promotes the air travel scheme of Chardham in Uttarakhand. The company claims that it has 5 aircraft. 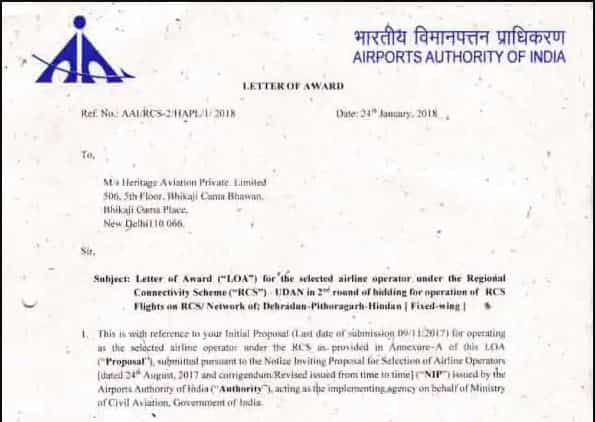 So this was all about the link between Gupta and Jalan family. The question is whether the  LCR Investments did all these transfers due to the increasing restrictions on the Gupta brothers or if there is a direct agreement between the two families.

We sent e-mails to Bengal Orion Financial, LCR Investments and Murari Lal Jalan, seeking their response on this deal. However, we have not received any reply from them so far.
In an earlier response, Murari Lal Jalan had denied business links with the Gupta Brothers. But the documents showing agreements between the two reveal the real story.