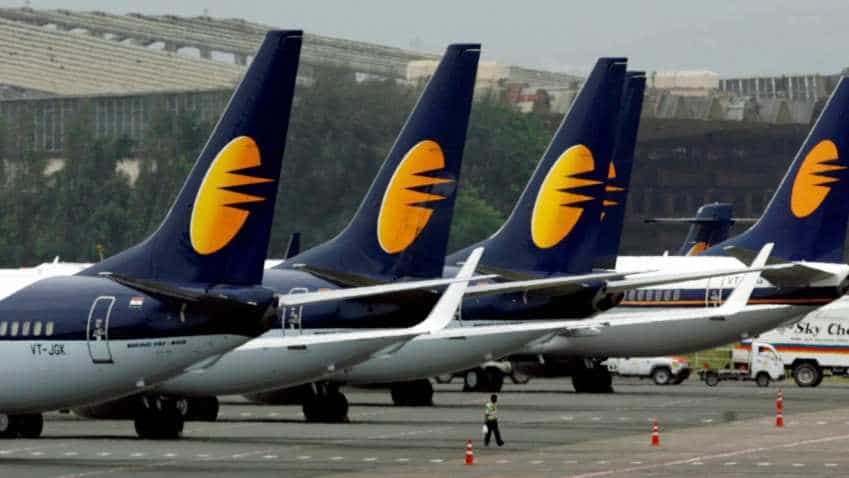 Jet shares jumped as much as 7 percent early on Tuesday, after spiking 16 percent on Monday. Shares are trading at the highest levels in more than a month. Photo source: Reuters

The Etihad Airways is planning to hike its stake in debt-laden Jet Airways, a person close to the Abu Dhabi carrier told Reuters late on Monday, further driving up shares of the Indian airline. Jet shares had already spiked following a CNBC TV18 report that, apart from flagging the capital infusion from Etihad, also said Jet`s founder and chairman, 69-year old Naresh Goyal, was likely to step down from the board and give up majority control. Goyal's penchant for control, according to people who have worked with him, has emerged as a major obstacle as the airline tries to negotiate a rescue deal, Reuters reported last month. The person who spoke to Reuters, on condition of anonymity, said Goyal was on his way out but did not clarify if that meant he was stepping down as chairman or from the board.

Jet shares jumped as much as 7 percent early on Tuesday, after spiking 16 percent on Monday. Shares are trading at the highest levels in more than a month. Etihad putting more cash into Jet is conditional on Goyal diluting his stake, another person told Reuters last month. The Abu Dhabi carrier currently owns 24 percent in Jet. Even so, Etihad`s stake will be capped at 49 percent given foreign ownership rules in Indian airlines.

Once its stake goes past 25 percent, under the country`s capital markets regulations, Etihad will have to make an open offer to shareholders for a majority of the shares, unless it obtains a rare exemption from the market regulator. CNBC TV18, citing sources, reported on Monday that Goyal would trim his 51 percent stake to 20-25 percent and agree to vote rights on his stake being capped at 10 percent. Etihad declined to comment.

Jet on Tuesday told the Bombay Stock Exchange that it was regularly making appropriate disclosures but it was unable to comment on the reasons for the share price rise on Monday.  Goyal did not immediately respond to emails seeking comment. Jet said on Jan. 2 it had defaulted on debt payments to a consortium of Indian banks and that it was in talks with the consortium led by State Bank of India.

The 25-year-old airline is facing financial difficulties and owes money to pilots, lessors and vendors. Intense pricing competition, a weak rupee and rising fuel costs weighed on Indian airlines in 2018. Last week, Reuters reported that crisis talks between Jet and aircraft lessors had failed to ease the row over late payments, prompting some lessors to explore repossessing their aircraft.

Jet is due to meet with its lenders in Mumbai on Wednesday, the Business Standard reported on Tuesday.