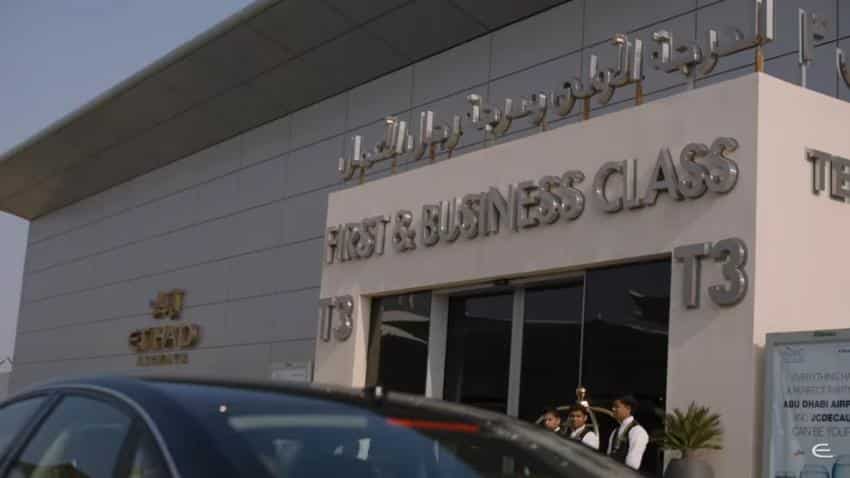 The new service will enable busy customers to do some work mid-flight or communicate with friends and family despite the electronics ban. Image Source: Etihad Airways/Youtube
Written By: PTI
RELATED NEWS

Etihad interested in re-investing in Jet Airways subject to conditions

US-bound premium class passengers of Etihad Airways will be given free Wi-Fi and iPads during their flight following the Trump administration's ban on carrying large electronic devices as cabin baggage on non stop flights from mostly Muslim-majority countries, the airline said today.

Abu Dhabi-based Etihad Airways has announced that it will offer first and business class passengers free Wi-Fi and iPads on all its US bound flights starting April 2, Gulf News reported.

The new service will enable busy customers to do some work mid-flight or communicate with friends and family despite the electronics ban.

"Premium Class guests on Etihad Airways flights to the US will receive Wi-Fi vouchers from our cabin crew with the onboard welcome drink. These vouchers will provide free Wi-Fi for the duration of the flight," the airline said.

"In addition to free Wi-Fi, we'll have iPads available on all US-bound flights for those that need them. Power and USB sockets at every seat will keep devices charged throughout the journey."

All Etihad passengers travelling from the Abu Dhabi International airport complete their US Immigration and Customs at the US Preclearance facility in Terminal 3. When passengers land in the US, they arrive as domestic passengers.

Travelers to the US from eight countries in the Middle East and Africa, including from major global hubs like Dubai, cannot carry large electronic devices like cameras and laptops as cabin baggage due to terrorism concerns.

According to the tough security restrictions, passengers will have to check in any devices bigger than a smartphone -- including iPads, Kindles and laptops -- before clearing security or boarding, US officials had said.

The ban deals a blow to the likes of Emirates, Etihad Airways and Qatar Airways after US President Donald Trump earlier this year attempted to restrict citizens from seven Muslim-majority countries from entering the US.

Etihad interested in re-investing in Jet Airways subject to conditions