Prime Minister Narendra Modi said that India has had a tradition where successive generations take family values forward, and contribute to the family by adding their capacities and capabilities. 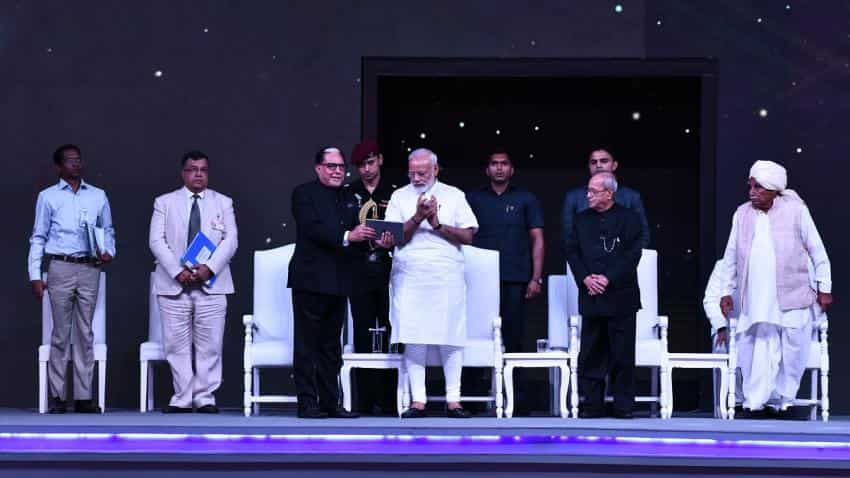 The Group which was celebrating 90 years of completion, launched "Sarthi" initiative and its English global news network, WION – World Is One News, in the presence of Mukherjee, Modi and other eminent personalities from the world of politics, business, sports, film and entertainment.

As per the official release,  ‘Sarthi’, an initiative that seeks to create a nation where citizens are well informed about their rights and duties and empowered enough to raise their voices against the problems faced by them, which are then effectively addressed and resolved.

Speaking at the event, Modi said that India has had a tradition where successive generations take family values forward, and contribute to the family by adding their capacities and capabilities.

Joined @EsselGroup_’s 90 years celebrations. Congratulated the group for their various achievements in the world of business.

He said that while “Sarthi” presented a good blend of rights and duties, the DSC Foundation would help build a large number of job creators.

Further, talking about the role of media, Mukherjee said that media has a far reaching impact and influence on people. He said that while facts and news remain one, views may be different. It is important to maintain objectivity and truthfulness in news. Media must take note of the positive things taking place in day to day life.

Moreover, throwing some insights of 90 years of journey, Dr Chandra said, "This journey of 90 years has been filled with remarkable successes as well as challenges and obstacles. As we look to the future, I am confident that we will carry forward the legacy of the Group with complete passion, dedication and above all, the spirit of #YoungAt90!

At the event, the Group also announced the winners of the first-edition of Zee Media Family Business Legacy Awards which aim to honor and recognise India’s oldest family-run businesses which have expanded their empires over successive generations.

The winners of the first-edition, were Dabur India Ltd., Wagh Bakri Tea Group and Wockhardt Ltd.