Essar Steel sale hits another legal wall, this time in the form of Numetal

The sale of Essar Steel assets under Insolvency and Bankruptcy Code (IBC) hit another legal hurdle on Thursday with the Numetal consortium moving the National Company Law Appellate Tribunal (NCLAT) to prevent the lenders from declaring initial bidders ineligible. 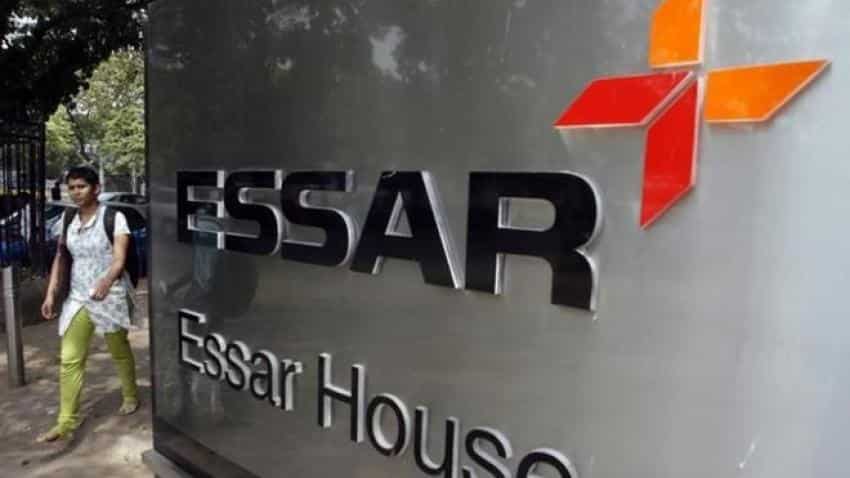 If the lenders of Essar Steel decide to go for a third round of bidding, then JSW Steel could jump into the fray as a standalone bidder. Image source: Reuters
Written By: ZeeBiz WebTeam
RELATED NEWS

The sale of Essar Steel assets under Insolvency and Bankruptcy Code (IBC) hit another legal hurdle on Thursday with the Numetal consortium moving the National Company Law Appellate Tribunal (NCLAT) to prevent the lenders from declaring initial bidders ineligible.

Industry sources said Numetal India, a consortium led by Russia’s VTB Bank’s private equity firm, had taken the legal recourse to keep Essar Steel’s committee of credits (CoC) from disqualifying the first-round bidders and calling for a new round of bidding by inviting fresh bids.

The second round of bidding was declared invalid by the Ahmedabad-bench of NCLT.

“The CoC was very sure of going for a third round of bidding. Numetal is trying to prevent it. That’s the only reason they have moved NCLAT before the decision of the CoC, which was to come tomorrow (Friday),” the source said.

The source said the legal action by Numetal could see the lenders postponing the meeting to Saturday.

Another source said Numetal had approached the NCLAT to disallow Essar Steel lenders from giving L N Mittal-owned ArcelorMittal 30 days to rectify defects in its bid.

Last week, the Ahmedabad bench of NCLT had asked CoC and resolution professional (RP) to provide an opportunity to bidders to remove defects in their bids within the specified period of 30 days under IBC.

Such a relief is available under Section 29A as well Section 30(4) second proviso of IBC to bidders. In the event of CoC letting ArcelorMittal remove defects in its bids, the latter would have to clear all dues of Uttam Galva Steel Ltd and KSS Petron to qualify for the bid.

ArcelorMittal was found ineligible by RP on the ground of its promoters holding a stake in stressed Uttam Galva and KSS Petron.

The source said both the bidders have been found ineligible to acquire Essar Steel for more than one reason, and therefore, lenders were keen to go for fresh bidding.

“There is more than one issue with Numetal and ArcelorMittal. Numetal may be able to rectify the Rewant Ruia issue but it may not be able to do much about the other issues,” he said.

Rewant Ruia, the son of Essar Steel promoter Ravi Ruia, is one of the internal beneficiaries and a shareholder in Numetal through various holding of companies and trusts.

“This is below fair value and so they (lenders) may want to go for fresh round of bidding. It would be difficult to convince all the bankers, especially ICICI Bank, State Bank of India and Punjab National Bank. They will not settle for such valuations. Rs 30,000 crore is a very small valuation a big asset such as Essar Steel,” the source said.

Meanwhile, a forensic audit report of corporate investigations and risk-consulting firm Kroll has also reportedly found both ArcelorMittal and Numetal ineligible to bid for Essar Steel.

Its probe, which involved examination of 2,000 companies across the globe in over 80 jurisdictions, has found that both steel firms were mired in several pending regulatory cases.

Apparently, this report had been discussed by the CoC in their meeting on Tuesday and is likely to be taken up in the meeting that is slated for today.

The lenders have sought legal opinion on the report and will take a decision accordingly.

One source said the offer letter of JSW Steel was also reviewed at the last meeting of the CoC. If the lenders of Essar Steel decide to go for a third round of bidding, then JSW Steel could jump into the fray as a standalone bidder. Anil Agarwal-promoted Vedanta Resource is also a serious contender.

A source even talked about a Chinese steel firm joining the race for Essar Steel.