Essar-Rosneft deal: Banks will have their long awaited laugh 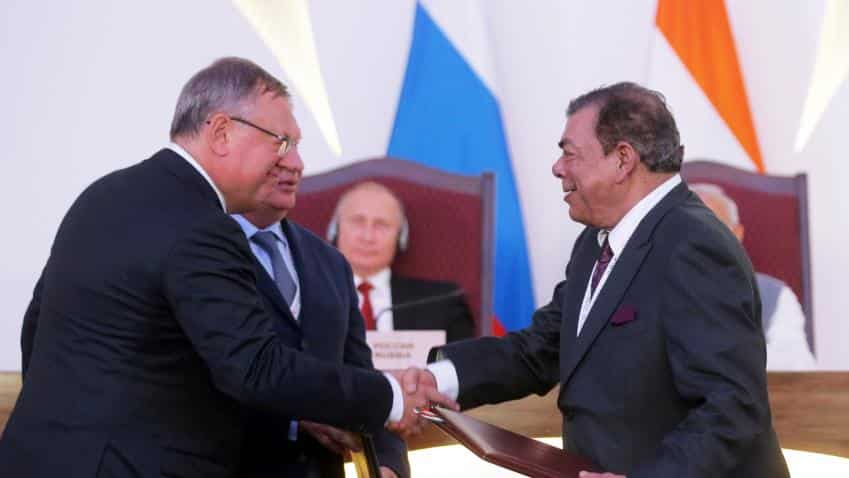 Essar Group's deal with Russia’s Rosneft on Saturday to sell Essar Oil for Rs 72,800 crore is likely to send a wide grin on face of a few banks.

“The deal will lead to a gain of Rs 400 billion – 450 billion (Pre Tax) for EOL’s promoters. We believe this would be used to (a) repay debt at Essar Global ($3.5 billion according to media reports), and (b) infuse capital into the steel (debt of ~Rs 450 billion) and power businesses (debt of ~Rs 300 billion),” the Motilal report said.

Motilal Oswal analysts said that this deal could help resolve 10% of system Non Performing Assets (NPAs), which could result in the largest case of NPA resolution.

The report pointed out that banks like ICICI, Punjab National Bank, State Bank of India, IDBI, Standard Chartered Bank and CBK would be the key beneficiaries from this deal.

Most banks have declared their exposure to Essar Steel as non-performing and if the promoters infuse capital, the banks would be willing to take some haircut under the S4A scheme, the report said.

“The current deal would also serve as a strong message for other debt burdened promoters (especially mid-sized companies) to deleverage. We believe NPA recognition for large accounts has peaked and expect gradual resolution hereon,” the report added.