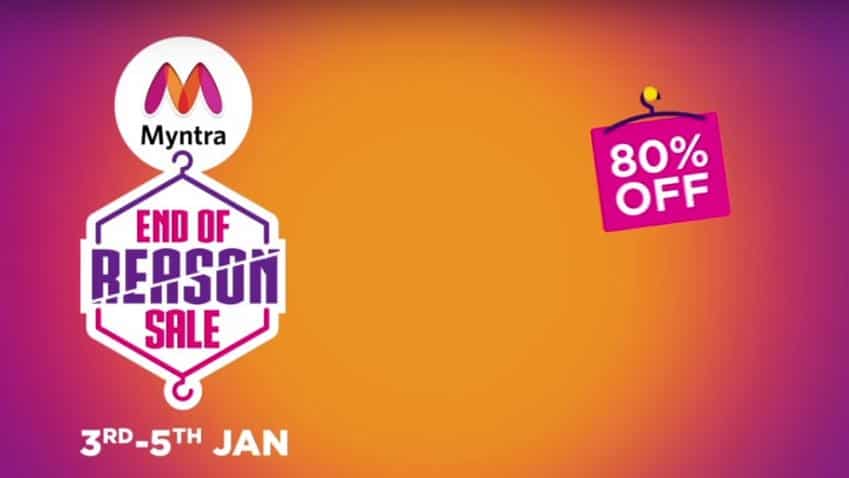 More than 300,000 styles from a wide collection of more than 2,500 national and international brands will be available. Image Source: Youtube/Myntra
Written By: ZeeBiz WebTeam
RELATED NEWS

Myntra's ‘biggest fashion sale of the country' which began on January 3 will last till January 5 and is the fifth edition of Myntra’s ‘End of Reason sale’ and has nearly 3.5 lakh products up for grabs at up to 80% discount.

With more than 2,500 brands, Myntra planned to deliver 50 lakh products in this End of Reason Sale (EoRS), a report by YourStory said on Monday.

Post demonetisation ecommerce companies were hurt by the withdrawal of currency. Order volumes plunged by 50-60%.

However, the report quoted Anant Narayan, Myntra CEO who said, “Due to demonetisation, lot of demand was not actually met in November and December – our annual growth dipped from 80% to 50% during this time. Demand from Tier II and III cities had dropped too.  But in January, the demonetisation effect will go down.  People still need fashion – a sale like EoRS will help restart spending on fashion retail.”

Chief Technology Officer Myntra, Ajit Narayan, who said the company has a ‘mathematical model for estimating consumer behaviour and how many users will turn up, how many will convert, how many will face issues in the cart.’

Specifying the logistics of this EoRS mission, the report said, “Myntra has 1,500 warehouse staff, 2,000 delivery boys, and an extra 1,000 delivery boys through third parties. Each boy is expected to deliver 60 shipments per day.”

More than 300,000 styles from a wide collection of more than 2,500 national and international brands will be available in this sale, the company added.

Jabong that was acquired by Flipkart owned Myntra in July last year also announced this sale on its e-commerce platform.

“Private label brands from the stable of Jabong & Myntra such as Sangria and Roadster will be a key part of this sale,” Jabong said.