Some of the popular PepsiCo campaigns that Dhoni was part of include, 'Oh yes abhi', 'Youngistaan', and 'Change the game'. 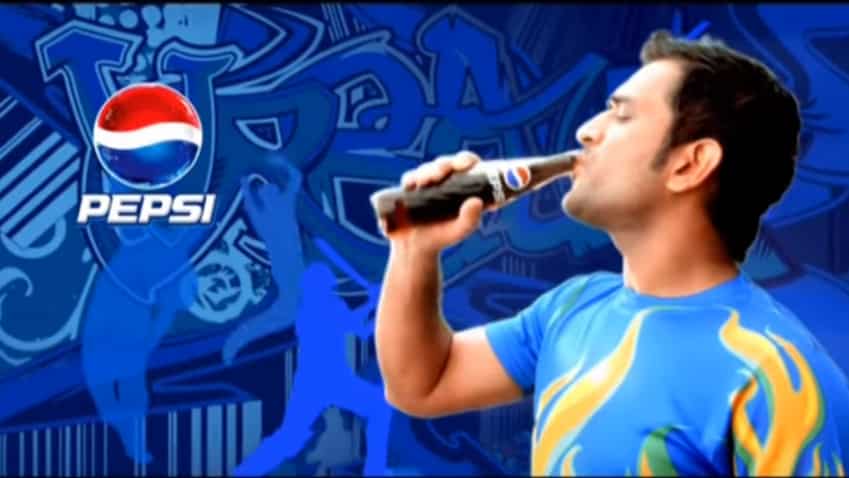 PepsiCo has ended its 11-year old association with India’s one-day cricket and T20 team captain Mahendra Singh Dhoni (MS Dhoni). The beverages-to-snacks company had signed the 'Captain Cool' in 2005, and he has since been the face of the cola brand and Lays chips.

Some of the popular PepsiCo campaigns that Dhoni was part of include, 'Oh yes abhi', 'Youngistaan', and 'Change the game'.

Over the last 11 years, PepsiCo has featured MS Dhoni in several iconic Pepsi ads. The ‘Yeh Hai Youngistaan Meri Jaan’ campaign become wildly famous in the early stages of his association with the brand.

Dhoni's ‘Change the Game’ campaign was launched in 2011, during the ICC World Cup 2011 which was held in India. The ads used Dhoni's signature 'Helicoptor shot' in with the Indian team captain.

Even with Dhoni as the brand ambassador, PepsiCo had other celebrities in the fray -- Ranbir Kapoor, Anushka Sharma, Virat Kohli, and more.

It's around the 'Oh Yes Abhi' campaign that Virat Kohli made it into PepsiCo’s ads. One of the first ads featuring both, Dhoni and Kohli, was with the India Under-19 cricket team captain Unmukt Chand.

Kohli also featured in a few Lay’s campaign during this time. One of them also  featured actor Saif Ali Khan.

Since 2014-end, when Dhoni decided to retire as the captain of test matches, his brand endorsements have also come down to 10 from 18. Apart from Pepsi, his endorsement list included brands like Orient Fans, Sony, Big Bazaar, TVS Motors, and Videocon.

A Pepsi ad campaign released in 2015 featured only Kohli, Ranbir Kapoor and Anushka Sharma. It can be inferred that maybe the company's focus was moving to the next-generation of celebrities.

Since Dhoni stepped down from being the test cricket captain and Kohli took over, the latter's popularity has also peaked, in line with his performance in matches.

According to a Business Insider report, Kohli charges around Rs 2 crore a day versus Rs 1.5 crore by Dhoni. For annual contracts, Dhoni's fees are around Rs 8 crore while Kohli's is around Rs 5-6 crore.

Certain media reports say that Kohli may be the new face of PepsiCo, but this hasn't been confirmed yet. Meanwhile, this is what PepsiCo Vice President for beverages, Vipul Prakash, said: "At PepsiCo, our focus in advertising and marketing is to make our products the hero and celebrate the hero. The idea will always play the most important role. If there's a role for the celebrity that helps take forward the idea of celebrating our product, we're more than happy to taking it further."