Nandan Nilekani, the former Unique Identification Authority of India (UIDAI) Chairman, said as the new kind of resource, data would dominate the 21st century as oil did in the 20th century. 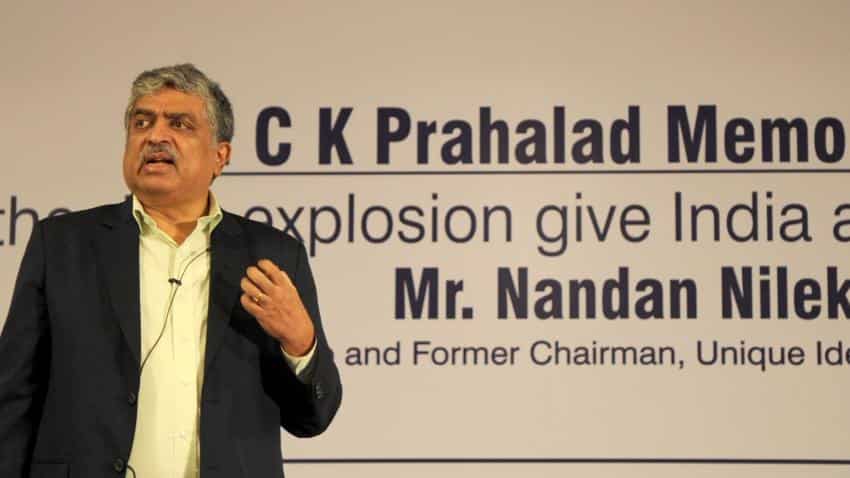 "Data is empowering when it is in the hands of the people. We must invert data to ensure freedom of choice as it defends privacy, enables completion and innovation," said Nilekani at the 6th C.K. Prahalad Memorial Lecture here.

Organised jointly by the Confederation of Indian Industry (CII) and Ananta Aspen Centre, the event commemorates the noted Indian economist and an influential global business thinker Prahalad, who was a professor of corporate strategy at the University of Michigan.

Nilekani, the former Unique Identification Authority of India (UIDAI) Chairman, said as the new kind of resource, data would dominate the 21st century as oil did in the 20th century.

"Unlike oil, however, data is unlimited. Platforms that accumulate user data rapidly disrupt industries, outgrow competition and create silos," asserted Nilekani in his hour-long talk on the theme `Does the data explosion give India a strategic opportunity?`

Noting that data was the fuel of the new innovation economy, the Infosys co-founder said though India would go from data poor to data rich quickly, its users have to think what was the right strategy to adopt for the "new oil".

"As time is running out, we have to take a strategic view on data colonisation, privacy and data dominance and how data is used for public good. It`s a policy issue and not a technology issue that has to be addressed soon," he said.

Predicting that the next 100 years would be decided by who had the data and how it was to be used, Nilekani said ultimately it should be available to its creator to use for empowerment.

Stating that data was the fuel the new innovation economy to help develop better products, he said in the last six years, data had become more powerful with the emergence of Artificial Intelligence (AI).

"Data along with AI disrupt adjacencies with great speed as it provides companies with core competencies to enter adjacent markets. This new age of data when combined with AI and Machine Learning (ML) can help build businesses rapidly at scale and can be threatening and disruptive to incumbents in that space," he said.

Claiming that India had a unique digital infrastructure to invert data with platforms such as the India stack, national platforms for businesses like GST and FASTag, Nilekani also said the country also had the world`s only robust authentication infrastructure wherein one can digitally verify on any device the authenticity of the user.