Downgrade of IL&FS group's securities raises questions; should you panic?

The consensus is that fund managers bought securities when the ratings were high and they never felt any signs of trouble at the firms. However, some also say that liquid funds should not compromise on safety and liquidity to compete on returns. 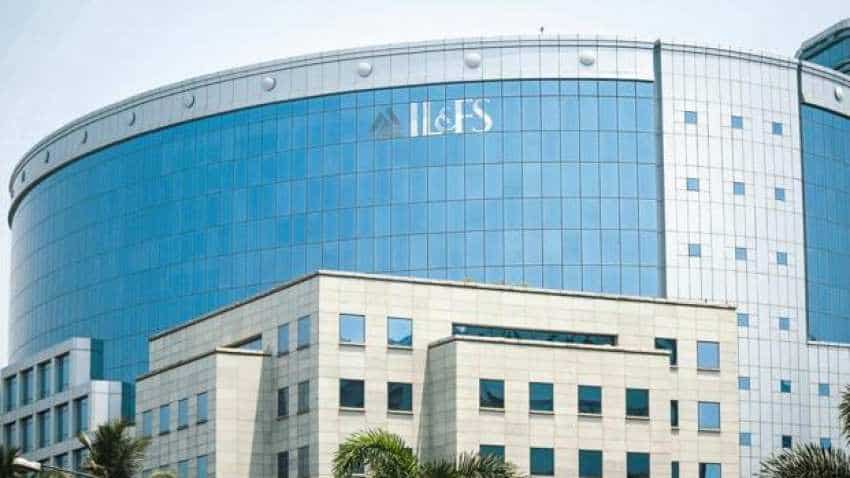 Liquid schemes are often positioned as a substitute to savings bank accounts. So, why were some liquid funds holding poor-quality debt securities of Infrastructure Leasing & Financial Services (IL&FS) and its subsidiaries? The recent credit downgrade of these securities has once again highlighted the uneasiness between the investment objective and the portfolio positioning of various debt mutual fund schemes, especially those of liquid funds.

The consensus is that fund managers bought securities when the ratings were high and they never felt any signs of trouble at the firms. However, some also say that liquid funds should not compromise on safety and liquidity to compete on returns.

Date with debt
According to data from Value Research, liquid funds of at least five AMCs, namely LIC, Union, Mirae, HSBC, and Principal, together had over Rs 1,000 crore worth money invested in commercial papers (CPs) of different IL&FS entities, such as IL&FS Financial Services, and IL&FS Securities Services, as on August 31.

Some debt schemes posted drop in NAV due to mark down of assets post the rating downgrade. While institutions are the biggest investors in liquid funds, roughly 11% of the Rs 6 lakh crore in liquid/money market schemes belongs to individual investors (retail and HNI). This Rs 60,000-66,000 crore is not a small amount.

Pankaj Pathak, fund manager, fixed income, Quantum AMC said: “This IL&FS incident should be seen along with many such instances in last few years, wherein credit rating downgrades or defaults in companies like Amtek Auto, Jindal Steel & Power (JSPL), Ballarpur Industries Ltd, etc, impacted debt mutual funds. What is more worrying is the repeated instances of liquid funds being impacted with these kinds of defaults. These events contradict the very nature and purpose of a liquid fund.”

In defence of liquid funds
Truth be told, AMCs never saw the IL&FS credit downgrade coming. They say that all prudent norms were followed, due diligence was done, the IL&FS group brand and governance was given due weight. CPs are an integral part of portfolios of almost all liquid funds, which usually give 6-7% returns a year, and sometimes 8%.

G Pradeepkumar, CEO, Union AMC said: “IL&FS is major infrastructure player in India with assets spanning across surface transportation, energy, environment, education, construction, with experience of over three decades. It is registered with as a Systemically Important Non-Deposit Accepting Core Investment Company and is regulated by Reserve Bank of India.”

“At the time of making the investment, IL&FS had AAA/A1+ rating from all the three rating agencies. Based on data shared with us, the company had adequate liquidity buffers and unutilised bank limits available to meet its short-term liabilities. The same was also confirmed through rating rationales released by rating agencies. To the best of our understanding, ILFS has not defaulted on any of its CPs so far,” Kumar said.

Rajesh Patwardhan, chief marketing officer, LIC MF explained that the IL&FS entities that were bought had A1+/P1+ rating and the fund house had taken CPs for three months. “While investing, all parameters were taken into consideration. Shareholders of IL&FS are the who’s who. LICMF Liquid Fund doesn’t have any exposure to IL&FS Financial Services, whereas we have received maturity proceeds of Rs 200 crore from IL&FS Securities Services and the balance, which is less 2% of the portfolio of LICMF Liquid Fund will be received by third and fourth week of September.”

Mirae Asset MF had told investors that it bought CPs of IL&FS Securities Services, in July 2018, after news of IndusInd Bank buying the firm was public. It relied on the credit quality of IndusInd Bank. Mirae got the money on September 10.

Who is responsible
The role of rating agencies has come to the fore prominently. But, fund managers ultimately choose the securities.
According to Vidya Bala, head of research at Fundsindia.com, the IL&FS incident is not a worry, and liquid funds remain true-to-label. As of July 2018, liquid funds on an average held 92% of their portfolios in A1+ papers (CDs/CPs).

“Other than Baroda Pioneer Liquid and Principal Cash Management none held A1 papers. Exposure to more volatile or higher credit risk papers was insignificant. IL&FS was an outlier case of a top-rated paper A1+ being downgraded to A4. This only raises questions about the credit rating agency’s assessment of the paper,” Bala said.

Although the credit rating downgrade was pretty steep and swift, fund management teams of those invested liquid funds failed to exercise proper due diligence, said Manish Kothari, director & head of mutual funds, Paisabazaar.com. “Earlier in August this year, ICRA had downgraded the rating of IL&FS from AAA to AA+ on credit watch citing elevated debt levels, slow asset monetisation and deteriorating credit profile of its subsidiaries,” he said.

If an investor is not lured by ‘chart-toppers’ in this category, there is little to worry.  Size of the AUM (at least Rs 1,000 crore) matters, as sudden exits can cause an impact on the NAV.

There will be very rare occasions of mark-to-market losses in liquid funds but holding them for few weeks usually ensures the return of capital unless there is a default, Bala added.