The telecom department (DoT) will hold a meeting on January 4 with telecom operators, airlines and shipping companies to discuss a roadmap for in-flight and maritime mobile services. 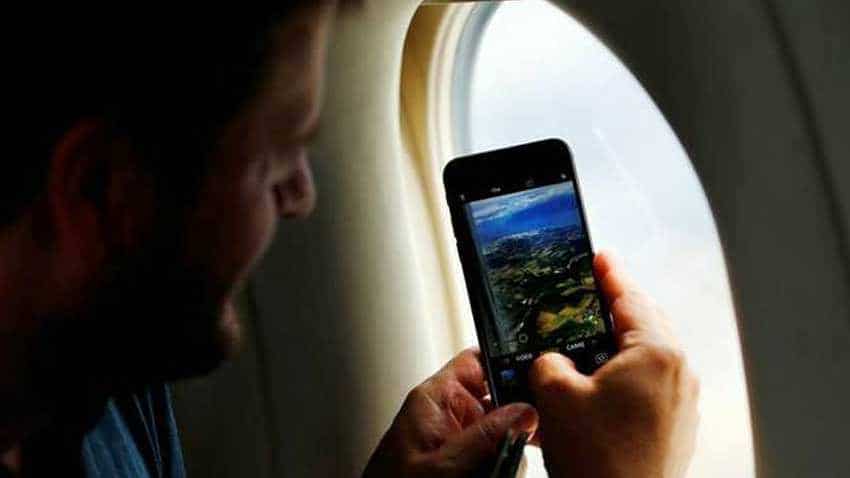 Indian and foreign airlines and shipping companies operating in the country can provide in-flight and maritime voice and data services in partnership with a valid Indian telecom licence holder. Image source: PTI

The telecom department (DoT) will hold a meeting on January 4 with telecom operators, airlines and shipping companies to discuss a roadmap for in-flight and maritime mobile services. The government has so far received application from only two companies Hughes India and Tata Telenet for in-flight and maritime connectivity (IFMC) and is expecting a rise in the number of applicants in days to come.

“DoT will hold a meeting with IFMC applicants, telecom operators, airlines and shipping companies on January 4 to discuss road map of the service. We expect more companies to apply for the licences,” an official source told PTI. The government has notified rules for providing mobile phone services during air travel and ship voyage within the Indian territory.

Hughes India, one of the applicants, has warned that high satellite bandwidth charges are likely to play a spoiler in the uptake of in-flight mobile services in India as these would make the facility costlier by 30-50 times at ₹700-1,000 for a two-hour journey.

The chief technology officer of broadband technology firm Hughes India, K. Krishna, told PTI that satellite bandwidth charges in India are 7-8 times higher compared to other parts of the world due to the condition that bandwidth can be procured from Indian Space Research Organisation only.

“Passengers are not going to pay 50 times higher price for Internet on a two-hour flight. It has to be extremely affordable and for that to happen open sky mechanism is very much required. You can’t be restrictive that only Indian satellite needs to provide capacity. Monopolistic policy won’t work. The policy will become a duck if these issues are not addressed,” Krishna had said.

The Hughes India CTO also said restriction imposed in the licence that an Indian service provider can provide connectivity within Indian airspace and waters would be a disadvantage for both the service provider as well as airlines and shipping firms.