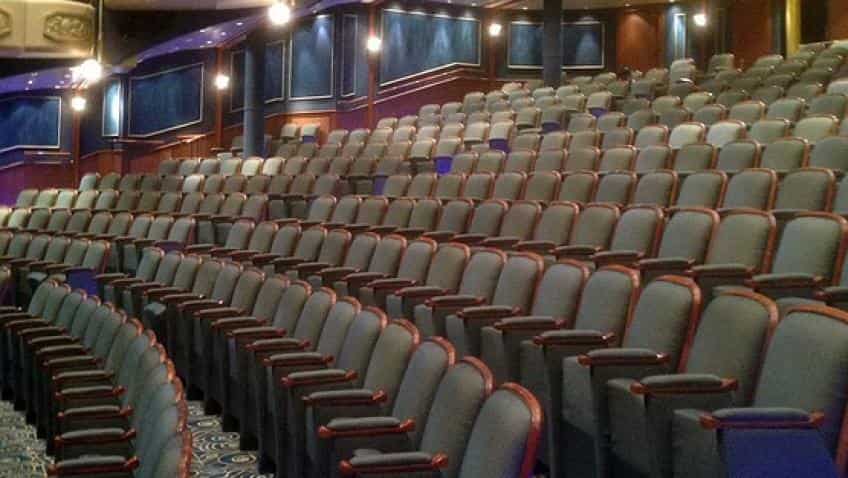 DLF had in May entered into an amended agreement to sell its 32 screens of DT cinemas to multiplex operator PVR at a revised consideration of Rs 433 crore. Representational Image. Image Source: Pixabay
Written By: PTI
RELATED NEWS

Realty major DLF on Friday announced the sale of its remaining seven screens of DT Cinemas in the national capital to Cinepolis India for nearly Rs 64 crore, thereby exiting the cinema exhibition business.

DLF had in May entered into an amended agreement to sell its 32 screens of DT cinemas to multiplex operator PVR at a revised consideration of Rs 433 crore.

Originally, PVR was to acquire all 39 screens, comprising 9,000 sitting capacity for Rs 500 crore, but the deal was revised after fair trade regulator Competition Commission of India (CCI) raised some objections.

"DLF Utilities, has completed a transaction today with Cinepolis India for sale and transfer of remaining seven screens pertaining to DT Cinemas (Saket-6 screens & Greater Kailash Part II - 1 screen) as a going concern on a slump sale basis for a consideration of Rs 63.67 crore upon receipt of CCI approval," DLF said in a BSE filing.

With the closure of this transaction, the company will exit the cinema exhibition business.

"This is in line with the company's strategy to focus on company's core business and divest non-core businesses or assets," it added.

The Competition Commission of India had in May approved PVR's proposed acquisition of DT Cinemas from DLF while directing the companies to exclude these seven screens from the deal to address anti-competitive concerns.

The deal would take Cinepolis' total count of screens to 267 and entry into the niche South Delhi market of the city.

The company, which has started its operations in India in 2009 operates screens under the brand names of Cinepolis, Cinepolis VIP and Fun Cinemas.