In another five day sale Amazon will be hosting its second round of the Great Indian Sale from October 4 to 8. 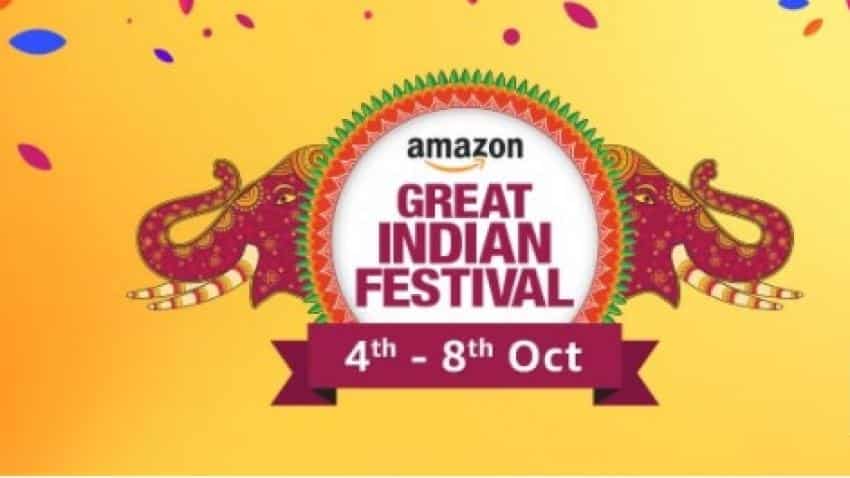 With festive season around, Amazon is gearing up for another round of its Great Indian Festival sale which will commence on October 4 and will continue till October 8.

The US based e-commerce giant had earlier decided to clash sale dates with home grown website Flipkart during the first round of festive discounts. However Amazon has now revealed its sale dates earlier.

Flipkart too is rumoured to have another round of its Big Billion Days sale this month but has not yet revealed the dates.

Amazon is now offering savings on over 10 crore products along with No Cost EMIs and exchange offers. Smartphones and appliances will have up to 40% off while fashion apparel will have up to 70% off, the company said.

This second attempt by the company comes after analysts report by RedSeer pointed out that Flipkart was the ‘clear preferred platform,’ during the festive season sales.

In the five day sale held between September 20 and 24 Amazon said it offered 40,000 deals on smartphones, electronics, home and kitchen appliances. Customers were also provided a 10% additional cashback on use of HDFC bank credit and debit cards.

Yet Amazon was not able to entice customers as well as Flipkart.

The five day sale on the two major e-commerce websites in India reeled in Rs 9,980 crore ($1.5 billion), a report by RedSeer Consulting said.

This year’s festive season sale gross merchandise value (GMV) jumped 40% year on year which was the highest among the past two years.

With over Rs 9,000 crore revenue generated from the sale, Flipkart emerged victorious coveting 58% market share compared to 50% last year. While Amazon that had a 32% market share last year dropped to a 26% share in 2017, a RedSeer report dated September 25 said.

Amazon still claimed to have a better sale season than perceived.

“We are humbled that the latest version of the Great Indian sale was our biggest shopping event ever, with remarkable growth across categories led by Smartphones and Large Appliances growing multiple times vs last year,” Manish Tiwary, Vice President - Category Management, Amazon India.

Despite that the e-tailing industry is now expected to witness its ‘biggest quarterly sales’ ever in Q2 FY18. “E-tailers on track to record their biggest quarter ever in Q3 CY17- which should push industry size to over $17 billion for CY17 as a whole,” a RedSeer report said on Monday.