Discounts will not work amid slowdown and restricted growth: Bharat Puri, Pidilite Industries 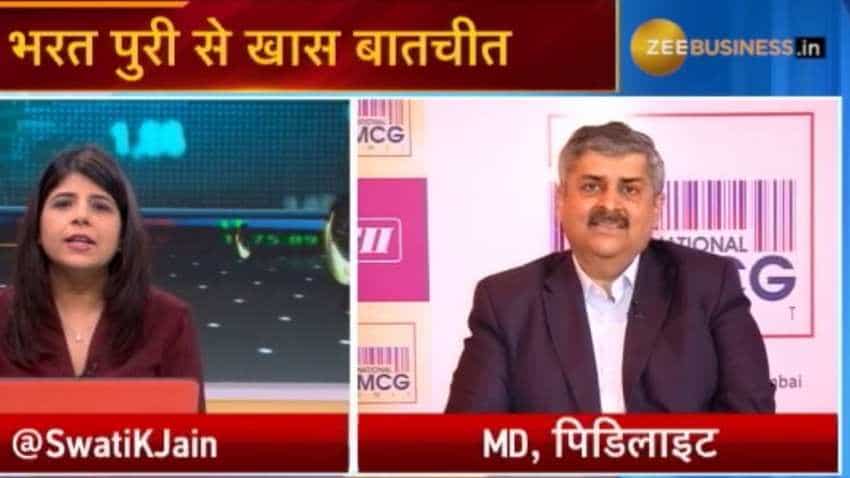 Lupin, M&M to Tata Steel - Which stocks should you buy?

Do you think that the market will now recover from the slowdown that it witnessed in the first half of the year?
It is difficult to say. Normally, the growth in the FMCG industry goes along with the GDP growth. And, FMCG growth has decreased just because there is a decline in GDP growth. Normally, growth improves if the monsoon is good but it is hard to say, now, as FMCG growth will depend on the way in which GDP will grow.

Have you seen some recovery in your business and sector in November & December? Can you see any green shoot for the sector?
It is hard to say right now as the maximum strain has been felt in the rural areas of the country. Is there any up-turn or not will be known only after the money of the new crop will come, i.e. by January-February. Predicting the way how the market has will move in November and December is not possible because last year Diwali was celebrated in November but this year it was celebrated in October. Thus, the two are not comparable. I feel, the best answer to this question will be available by end of March 2020 and then you get to know about what is the new normal.

Name the segments where the slowdown has bottom-out and there is a demand in it?
I think, between rural and urban, it should first bottom-out in the rural areas. In the case of FMCG industry, the rural has always grown faster than the urban, i.e. if there is a 1% growth in urban then the rural has seen a growth of 1.50% and if urban has grown by 5% then the rural has seen a growth of 7.5%. So, the rural market should first go up, which will be supported by the crop money that will come in the recent future as well as incentives that will be announced by the government. As far as urban is concerned, then two sectors, namely real estate and automobile, are in a strain and they will take more time to arise.

How discounting by companies and e-commerce companies to encourage people to buy the products has panned out?
e-Commerce doesn't mean a lot for us. In the end, he will win who will delight the customer to the most it doesn't matter that it is an e-commerce or a small store in Ballia.

Do you think that margins will continue to be a muted one in the second half of the year as discounts have been offered and the benefits have been passed on to the customers?
Discount amid slowdown and restricted growth can't pull the customers. However, it will have an impact on the raw material prices, which has been benign/soft till date. So, when it comes to the profitability of a company like us, then I think, it will not fall below the one that was achieved in the first half.

Can you name new products that will be launched in the coming quarters?
Innovation is the success formula of Pidilite and that's why you get a chance to see new advertisements and products from us at regular intervals. So, you will see the launch of at least 6 new products in the next 6 months from Pidilite.

Lupin, M&M to Tata Steel - Which stocks should you buy?