Raj Kumar, Managing Director, LIC of India, talks about the IPO, premium, business outlook and term policies among others during an interview with Swati Khandelwal, Zee Business. 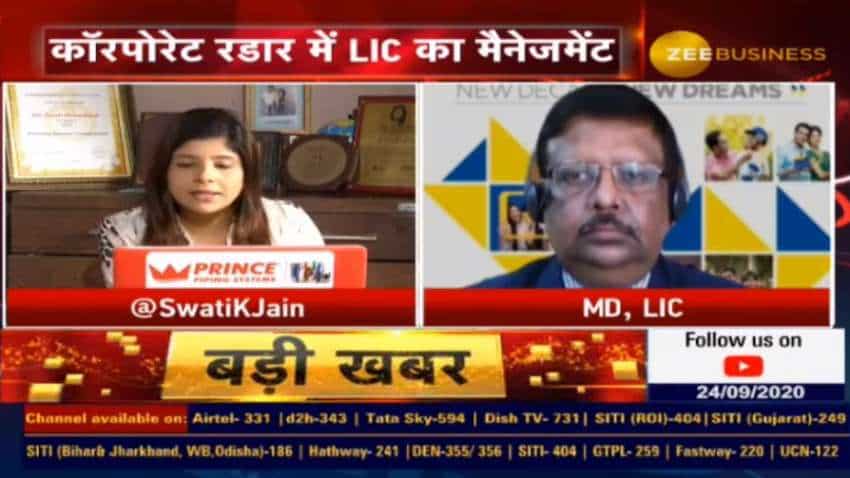 The lockdown had an impact on every business across India including the insurance sector, said MD of LIC.
Written By: Jitesh Kumar Jha
Edited By: Manas Tiwari
RELATED NEWS

Raj Kumar, Managing Director, LIC of India, talks about the IPO, premium, business outlook and term policies among others during an interview with Swati Khandelwal, Zee Business. Edited Excerpts:

LIC’s IPO is a talk of the town. How many preparations have been made and do you think that it will be issued in this financial year or it seems difficult?
Your question is very rational as LIC is the leading insurance institution and financial institution of the country. As far as the IPO is concerned then I would like to say that it is being done by the Government of India’s Department of Investment and Public Asset Management (DIPAM). We are committed to meet all the timelines that will be decided by the government.

The possibility of bringing the IPO is slightly low in this financial year. Can you say something on this and do you think that the IPO can be launched in this financial year?
As I have said that DIPAM is working on it and two transaction advisors have been finalised on it. Further works are going on for which an actuarial firm is needed for actuarial software and after receiving them as I have already said that the government is trying to complete at the earliest. Apart from this, rest works are being done as per the advice provided by the transaction advisors. However, the government has not issued any specific guidelines saying that the IPO should be brought this year but we are committed to it.

Premiums went up in July and August. Tell us about the strategy that worked out as the first quarter was very weak? Also, tell us about your business outlook from here.
The lockdown had an impact on every business across India including the insurance sector. And business-wise there is a challenge for every insurance company including LIC because the number of policy has gone down. Actually, we are facing a paradoxical situation in which awareness about insurance has gone up and on the other hand, they are facing financial problems, i.e. they are bearing financial stress. So, we hope that the number of policies will go up in the second half of the country. As far as premiums are concerned then LIC’s premium has just not reached the last year’s level but has also surpassed it by now.

Private companies have increased the premium amount on their term policies. Tell us about LIC’s plans in relation to the same?
Pricing of any product depends on the kind of experience you have with the product when it was launched or with a similar product that was launched earlier. So, the premium rates were decided according to the experience. So during our press conference on February 5, we said that the premium of the term insurance will not be hiked. However, the reinsurers increased its premium but our premium rates were decided by assuming all these situations. So, we are not going to raise the premium rates of the term insurance.