WhatsApp with its integration with UPI and Amazon Pay could become the biggest contendors for Paytm in the digital payment space in India. 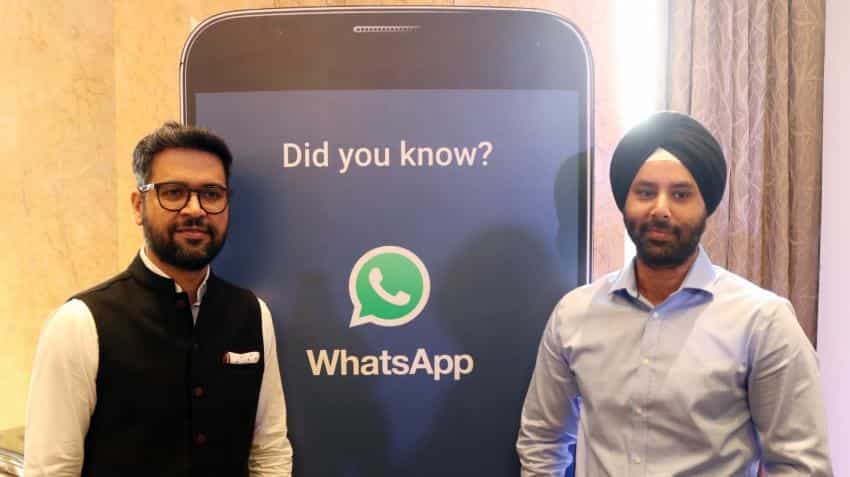 With FreeCharge to be acquired Paytm and MobiKwik a distant second, there is only one clear leader in the digital wallet space currently. Paytm has surpassed several others in this segment and positioned itself well to rise the demonetisation wave.

In May it received $1.4 billion in funding from Japanese lender Softbank Group and valuation has jumped to over $8 billion, becoming the second most valuable start-up in India after Flipkart. It has even started its payments bank after getting the nod from the Reserve Bank of India (RBI).

With Paytm winning the person-to-person (P2P) digital payments space, the start-ups Founder and CEO Vijay Shekhar Sharma seems to be on cloud 9 and splurging on a reported Rs 82 crore new home at one of the most expensive property zone in New Delhi.

However, Paytm's leadership may not be for long as there seems to be new entrants that could definitely disrupt the P2P digital payments market in India. With Facebook-owned messaging app, WhatsApp, throwing its hat into the ring by announcing its integration with the Unified Payments Interface (UPI) it looks to be the biggest disrupter in this space.

Neil Shah, Research Director, Counterpoint Research says, “If you look at Paytm it leads by a wide margin. Next competitors would be the government's UPI or BHIM app and MobiKwik. However, they are at a big distance as Paytm has expanded considerably in the last 2 years in the online and offline payments space. The only closest competition for Paytm would now be WhatsApp's digital payments with the reach that it has in the country.”

He says that Facebook and Google have been doing trails on the payments space and while Google has not entered it yet Facebook has pushed for it through WhatsApp. With over 200 million active users in India as of February 2017, when WhatsApp comes up with its digital payments option, it will compete very well with Paytm, says Shah.

Paytm also has 200 million users but had to build it from scratch over the last few years and has to put more efforts into increasing adoption, he adds.

“Small and medium business men in India already use WhatsApp in India to communicate. By adding another option of payments it will find greater adoption. Take a look at WePay in China, which is part of WeChat, and has become the most popular way for digital payments in the country. Besides this WhatsApp, which is part of Facebook, has much more muscle in terms of marketing than Paytm,” Shah said.

Besides being used by SME businessmen it is used by several across India and even penetrates into rural Indian households. Something digital payments companies are looking to tap into as this could unlock a huge user base for them.

ALSO READ: Whatsapp to use UPI payments soon; here's how it may work

Paytm however has the backing of Alibaba which owns 45% stake through Alipay and SoftBank looks to gain 20% in the company with a secondary transaction of about $400 million, according to an Economic Times report.

The Zeebiz team reached out to Paytm but the company said that it did not want to comment. We also did not receive a response from WhatsApp.

Sanchit Vir Gogia, Founder & CEO of research firm Greyhound Knowledge Group said, “I don't think it is just WhatsApp, it will be probably be Amazon too. Amazon has also jumped into the wallets space recently and if you were to compare apples to apples their entire business model is multiple services from one user id. So with that they are able to capture a lot more information and they are then able to up-sell and cross-sell. So if ask me it is a very big opportunity for Amazon because they have leverage of technology and have a lot of buyers and sellers on their platform.”

He further says that he does not think it is WhatsApp which is the only competition for Paytm. Gogia says we should look at it more broadly and look at Amazon versus others. WhatsApp, he says, in the end will become a carrier as it is just messenger service.

Shah further says that WhatsApp, Paytm's other biggest competitors could be telecom operators such as Vodafone and Airtel.

“Vodafone has mPesa which has become very popular in Africa and is being used for digital payments. Airtel too has started its payments bank. Jio has the Jio Wallet app and they can outspend anyone else if they want to. From a distribution point of view they are present everywhere in India, even in the smallest towns and villages. They also have the muscle to push for faster adoption. You cannot ignore them because they are looking at digital payments as the fourth wave of growth for their companies,” he said.

However, Sandy Shen, Research Director, Gartner says that despite WhatsApp's large user base it has a long way to go before it can compete with Paytm in this space. “Paytm is the leading player in the market that is accepted by a large number of merchants and supports many use cases e.g. e-commerce, car hailing, food delivery etc. Although Whatsapp has a large user base, it only starts with P2P transfer, one of the many use cases of payment. So they will have a long way to go to build the use cases and cover more merchants,” Shen said.

She points out that in the case of WeChat's Pay service only became popular as they had spotted an opportunity with the red envelope that people send during Chinese New Year that then went viral. “It will take something similar for WhatsApp to identify a differentiating feature/use case to kick start the adoption,” Shen said.

As for Paytm maintaining its lead in the market she said, “They already have a strong lead over Whatsapp so no rush for immediate acquisitions. They just need to make sure they have a solid growth strategy and execute it well.”