Did Jet Airways clear suspended pilots for flight duties? Check out this claim

The matter was initially mentioned before a bench of Acting Chief Justice Gita Mittal and Justice C Hari Shankar, which asked the petitioner to file an application. 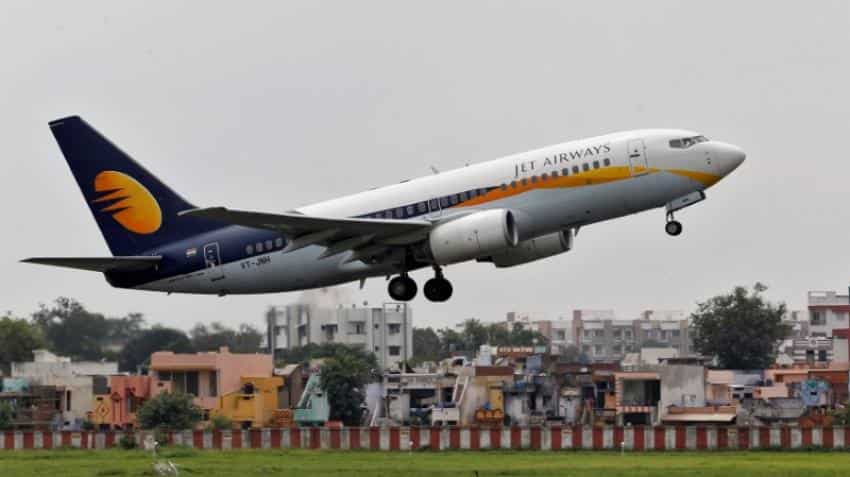 One of the two pilots may have undertaken a flight while his license was suspended. Image source: Reuters
Written By: PTI
RELATED NEWS

A plea was today moved in the Delhi High Court alleging that Jet Airways had cleared two of its pilots to continue flying despite aviation regulator DGCA suspending their license for allowing unauthorised entry into the cockpit of a flight operated by them.

The matter was initially mentioned before a bench of Acting Chief Justice Gita Mittal and Justice C Hari Shankar, which asked the petitioner to file an application.

Subsequently, the petitioner, journalist Rajneesh Kapur, filed an application alleging that Jet's Vice President (Operations), in contravention of the order of the Directorate General of Civil Aviation (DGCA), had directed that both the suspended pilots be used for flight duties.

The application, filed through advocate Nikhil Borwankar, also claims that one of the two pilots had also undertaken a flight while his license was suspended.

The plea also questioned the appointment of the VP (Operations), alleging that his nomination to the post has not been confirmed by the DGCA.

The application was filed in Kapur's main petition in which he has alleged that Jet Airways was flouting national and international flight safety regulations by allowing unauthorised persons to travel overseas by "masquerading" as crew on a "general declaration".

The petition has claimed that the general declaration, which is a declaration of the passengers, air crew and cargo, being ferried in an international flight by the flight operator, allowed people "to avoid obtaining a visa and pass undetected into foreign territory".

In support of his allegation, the petitioner has cited the January 2018 incident of a Jet Airways cabin crew member being arrested by the Department of Revenue Intelligence for being in possession of contraband foreign currency worth over Rs three crore.