Did Amazon beat Flipkart at the e-commerce game this year?

Rivals in the e-commerce sphere - Amazon and Flipkart are at it again to claim the throne for India's top 'go-to' market place. Who will emerge victorious? 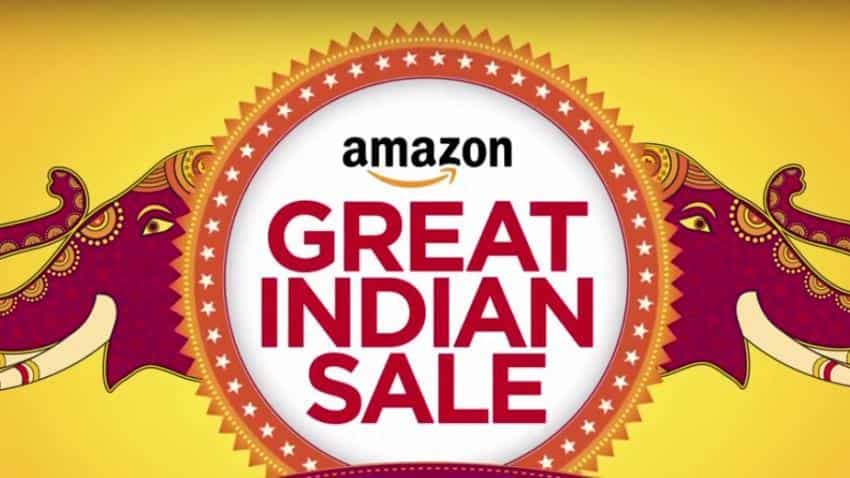 It’s the battle of the e-commerce giants in India, with Amazon and Flipkart fighting competition with attractive deals and discounts. Sale seasons brought in with exclusive offers may have worked in favour of Amazon India that has said it ‘grew faster than competition in six months’.

"We are clearly growing faster than industry peers who are posting growth at about 20-25%. Authenticated data, for us and competitors, show we grew faster than competition in the six months period. We grew 66% in GMS during this period, while authenticated data of rival shows they grew 43%. We are also surprised by certain narratives about rival's turnaround story despite credible data showing we are growing faster," an Amazon India spokesperson was quoted in a Times of India report on Monday.

The spokesperson was referring to a statement by Naspers, one of the largest investors in Flipkart that said Flipkart’s gross sales grew by 43%.

However the TOI report pointed out that Amazon’s claim to grow faster does not include subsidiaries of Flipkart – Myntra and Jabong.

In the festive month beginning from September 20 to October 19 this year, monthly sales of e-tailers soared to over $3.2 billion or Rs 19,000 crore, as per a RedSeer Consulting report.
The first ‘mega’ event that lasted from September 20 to September 24 generated the highest amount of revenue of $1.5 billion.

Zeebiz had earlier reported that in the first sale Flipkart ate into Amazon’s market share that recorded a Gross GMV market share of 58%, as per RedSeer data.

Amazon on the other hand lost out on this five day sale with its market share falling from 32% in 2016 to 26% this year.

"Flipkart continues to outpace the industry and our growth has accelerated significantly during the July-September quarter on the back of a very strong festive season. This report (Naspers) actually refers to the January-June period and, as all growth data, has a lag of three months so the comparison isn't like-for-like or relevant," a spokesperson was cited in the report.

In a more recent comparison of the two e-commerce giants, RedSeer’s  E-Tailing Leadership Index (ELI) released in November showed that both Flipkart and Amazon were tied for first place.

Although both the companies had a lot of catching up to do in the ‘most trusted brand’ score on account of slower delivery speeds. 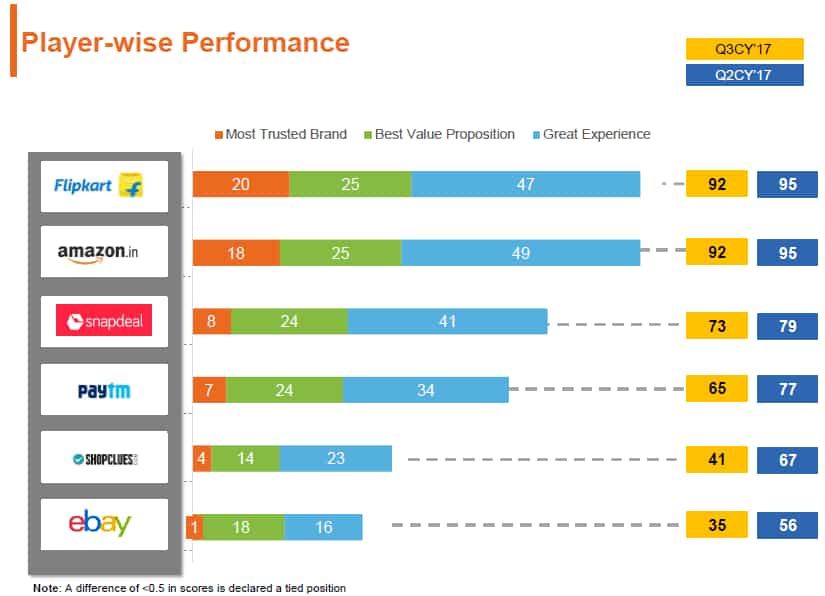 “A difference of <0.5 in scores is declared a tied position,” RedSeer analysts said.