Jet said in a regulatory filing on Wednesday that the state-run State Bank of India (SBI) told the airline that its consortium of lenders are unable to consider the private carrier`s request for critical interim funding. 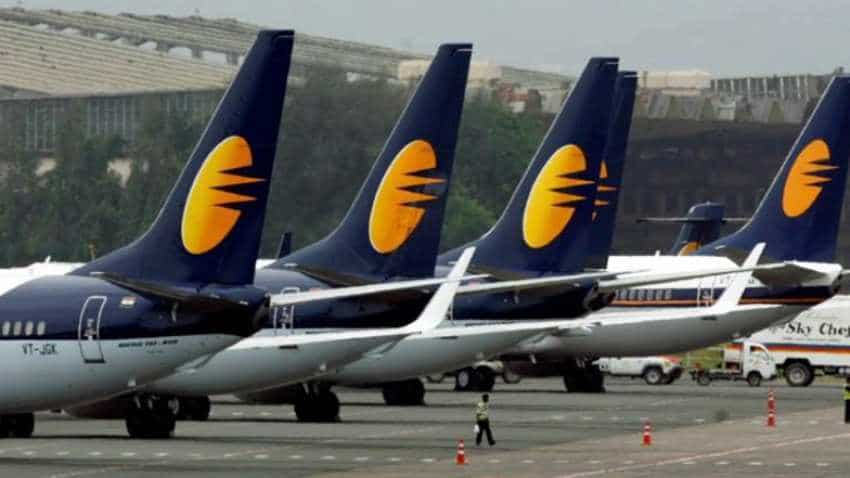 India`s civil aviation regulator has asked Jet Airways to submit a "concrete and credible revival plan" to restart operations suspended by the debt-laden airline. "DGCA (Directorate General of Civil Aviation) would endeavour to do its best to help the company revive its operations within the set regulatory framework," the regulator said in a statement on Thursday. The development comes a day after Jet Airways announced the temporary suspension of all its flight services from Wednesday night as it failed to secure interim funding for maintaining even bare minimum operations.

Late Wednesday evening, the Civil Aviation Ministry tweeted that: "DGCA and other regulators are monitoring the situation carefully to ensure that all existing rules regarding refunds, cancellations, and alternate bookings are followed strictly". "Our overriding priority remains the safety, convenience, and affordability of our aviation system. We are assisting airlines and airports to bring in capacity rapidly to ensure that fares remain stable and competitive," the DGCA said in another tweet. The Civil Aviation Secretary will convene a meeting with airports and airlines on Thursday to coordinate and address any emerging issues on capacity, slots and passenger convenience arising out of Jet suspending operations.

On its part, Jet said in a regulatory filing on Wednesday that the state-run State Bank of India (SBI) told the airline that its consortium of lenders are unable to consider the private carrier`s request for critical interim funding. "Since no emergency funding from the lenders or any other source is forthcoming, the airline will not be able to pay for fuel or other critical services to keep the operations going," the filing said.

"Consequently, with immediate effect, Jet Airways is compelled to cancel all its international and domestic flights. The last flight will operate today (Wednesday)."