Deutsche Bank plans to dramatically reduce the size of its US equities business, leaving only a skeleton operation in place to service corporate and high-net-worth clients. 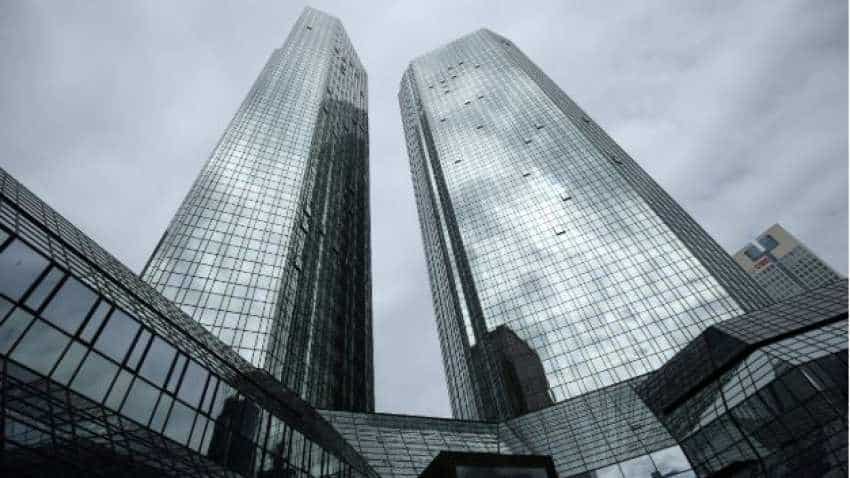 Deutsche Bank plans to dramatically reduce the size of its US equities business, leaving only a skeleton operation in place to service corporate and high-net-worth clients, three sources familiar with the matter told Reuters. Chief Executive Officer Christian Sewing is battling to convince investors he can turn around Germany`s biggest lender, whose shares hit a record low this month. He told investors at the annual meeting last month that Deutsche was prepared to make "tough cutbacks" at its investment bank.

Members of Deutsche`s supervisory board discussed those plans on a call last week and agreed that large-scale cuts were necessary in the bank`s U.S. equities and rates trading businesses, the sources said. A complete retreat from U.S. equities was discussed, but the preferred option among board members was to keep a presence in the market and continue developing the bank`s electronic trading capabilities, the sources said.

It is not yet clear how many of the bank`s 9,275 U.S. staff will be affected and the sources said no final decisions have been made. The plans are expected to be unveiled when the bank reports first-half results next month. In an emailed statement, a Deutsche spokesperson said the bank "is working on measures to accelerate its transformation so as to improve its sustainable profitability."

In March, Deutsche announced plans for a new platform enabling it to trade U.S. stocks directly with clients, instead of matching buyers and sellers for a fee. That platform is scheduled to go live in the third quarter. Automating more of the business will enable the bank to cut costs and improve profit margins, the sources said.

Although some investors believe a complete retreat from the United States is necessary, both Sewing and Chairman Paul Achleitner believe the bank must retain a large U.S. footprint to service corporate and institutional clients, the sources said. The bank is keen to maintain substantial debt capital markets and credit trading business in the United States, having identified them as businesses with growth potential, the sources said. It will also retain a sizeable M&A advisory business.

Sewing is looking to shift the German lender away from investment banking to focus on more stable forms of revenue, such as transaction banking.

The U.S. equities business has been a drain on profitability for several years, prompting some shareholders to call for its closure. JP Morgan`s banking analysts estimate it loses between 200 million and 300 million euros ($337 million) each year.

The bank had previously denied reports it planned a further U.S. restructuring, saying in a memo to staff in April that it was "firmly committed" to its U.S. franchise.
However, the collapse of merger talks with German rival Commerzbank AG in May led senior management to develop a "Plan B" for turning around the business and U.S. cuts were high on the agenda, the sources said.

After the 2007-2009 financial crisis, Deutsche maintained a large presence on Wall Street, even as European rivals like Credit Suisse made big cuts. Encumbered by litigation and regulatory investigations, the business has struggled to compete with Wall Street rivals.

It is not FAANG but Tesla that is widely held stock among Indian investors: Prateek Jain of Winvesta