Ad spends in India are expected to grow by 10% in 2017 despite the slow start due to impact of demonetisation. 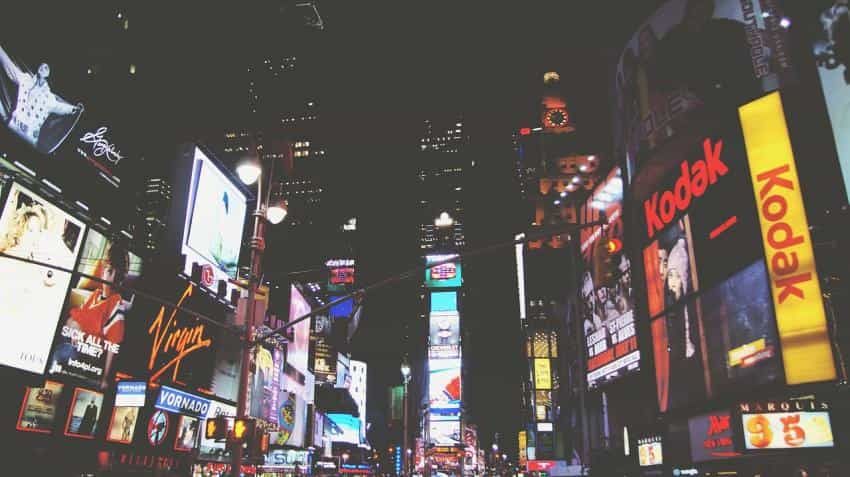 GroupM on Tuesday forecast that ad spends in India in 2017 will grow by 10% over the corresponding year. The growth rate had declined from 12% growth in ad spends in India in 2016. The media agency in its biannual advertising expenditure futures report ‘This Year Next Year’ (TYNY) 2017, forecast India’s advertising investment to reach an estimated Rs 61,204 crore in 2017. India remains one of the fastest growing ad markets globally.

The ad spending in 2016 was Rs 55,671 crore, according to the report. Even though the year began on a very optimistic note, the overall advertising expenditure (adex) took a downturn due to lower than expected ad spend growth from sectors like FMCG, traditional retail, telecom and sporadic spending in categories like e-commerce. 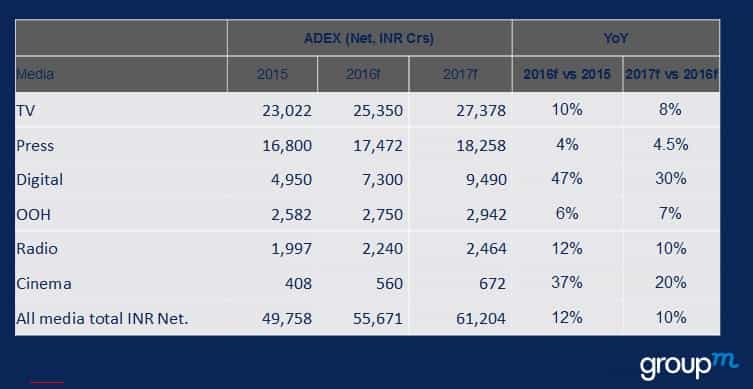 In the Januray-October period itself the adex was growing at a lower trajectory than forecasted. Furthermore, demonetisation in the last quarter had a negative impact of about 2% on the total adex in 2016, said the GroupM report.

TV will see the highest spends during the year, although the growth has declined to a single digit 8% growth in 2017. Ad spends on TV will grow to Rs 27,378 crore in 2017 from Rs 25,350 crore in 2016. With ‘Free To Air’ channels adding more inventory, and pure HD content gaining ground. The market will also see a consolidation of niche channels.

The print medium is expected to grow by 4.5% in 2017, this is an increase from the 4% growth in 2016. Ad spends on print are expected to grow to Rs 18,258 crore in 2017 from Rs 17,472 crore in 2016. The increase in ad spends expected from print heavy sectors like Auto, BFSI, e-wallets will contribute to this growth. Vernacular and regional newspapers will see a higher growth rate.

CVL Srinivas, CEO, GroupM South Asia said, “Despite a volatile 2016, we are estimating advertising expenditure growth at 10% in 2017. The first quarter will give a slow start to the year, with the market picking up from March-April, fueled by a stable recovery process post demonetisation. Sectors that are contributing to this positive trajectory include Auto, Media and e-Wallets. In addition, Government and Political parties will increase spending with elections in several states this year.”

While Radio is expected to grow at a little over 10%, there is scope for the medium to pick up as the Phase 3 rollout is completed in 2017. Higher growth is expected as stations will see the supply impact of the full year.

Other media such as OOH will witness good traction from sectors addressing rural audience and premium niche audience. As per the trend in recent years, Cinema advertising will grow at a high double digit rate of 20%. Cinema consolidation has led to investments in infrastructure, this coupled with the growing acceptance of premium Indian and Hollywood content by advertisers augurs well for the medium.