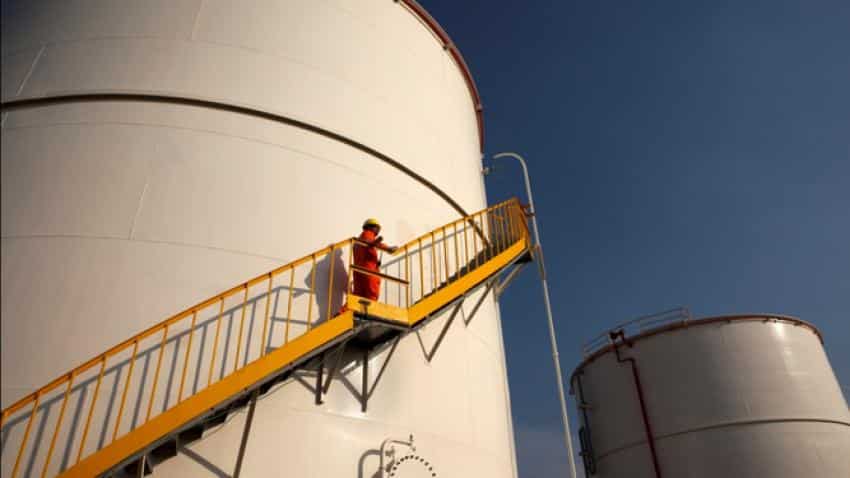 The court said that Cairn can invoke dispute resolution mechanism. Photo of a worker at one of Cairn India's plants. Image Source: Company website
Written By: ZeeBiz WebTeam
RELATED NEWS

Oil and Gas Company Cairn India’s plea to export crude oil from its Barmer oil field in Rajasthan was rejected from Delhi High court on Tuesday.

The court said that Cairn can invoke dispute resolution mechanism.

UK based Vedanta company had earlier filed a petition to export excess crude oil as they claimed that their export policy gave it the right to do so.

However, in an earlier hearing the government had said that export of country's domestic crude oil cannot be allowed as it would be detrimental to national interest considering the fact that nearly 85% of required crude was imported.

The company sells 0.42 million standard cubic metre gas a day from its Barmer block in Rajasthan to fertiliser unit in Gujarat, a report by Business Standard said.

Shares of the company were trading down 0.05% but climbed up 0.27% to Rs 222 per share in early trade on BSE Sensex on Tuesday.