Vodafone has also said that no proper hearing was given to it by TRAI before issuance of the recommendation of October 21 this year. 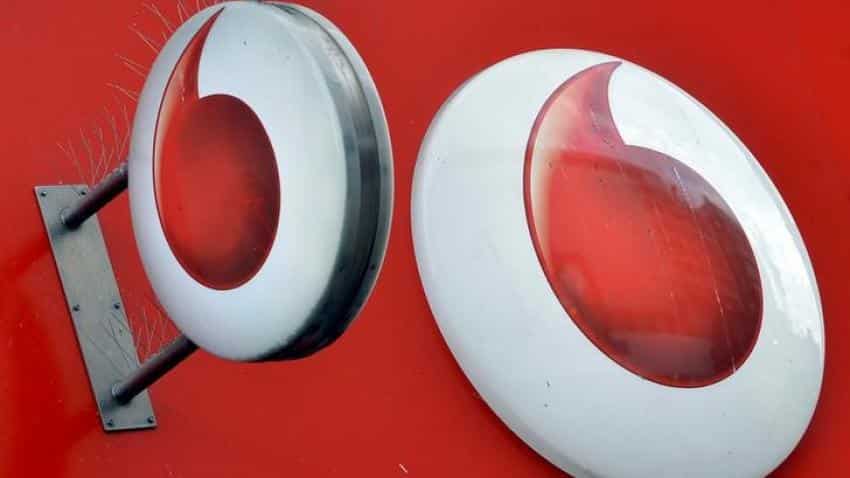 TRAI has recommended imposition of a fine of Rs 50 crore for each of the 21 circles of Vodafone. Photo: Reuters

The Delhi High Court today refrained from directing the Centre or any other authority not to act upon TRAI's recommendation to impose Rs 1,050 crore penalty on Vodafone for not providing interconnectivity to Reliance Jio as no one except the regulator was a party in the case.

Justice Sanjeev Sachdeva, however, on Vodafone's plea, made the Department of Telecommunications (DoT) of the Ministry of Communication a party in the case and directed it and TRAI to file a reply to the telecom major's plea challenging the recommendation.

"How can I stop anyone else or the Union government from acting on the recommendation when they are not before this court? I will make the government a party and will issue notice to it. Its presence is necessary," the judge said and listed the matter for hearing on January 3 next year.

The order came after Vodafone, represented by senior advocate Rajiv Nayar, claimed that Reliance Jio (RJio) has gone to the Competition Commission of India (CCI) with the recommendation made by the Telecom Regulatory Authority of India (TRAI) and sought that the other authorities be restrained from acting upon the regulator's suggestion.

During the hearing, the court said it was of the prima facie view that TRAI seems to be only a recommendatory body or a wing of the government from which the government takes advice and thus, under their internal mechanism they may follow a procedure as per law or as they deem fit.

It also said that in communications between two departments of the government, the court cannot interfere.

TRAI, represented by senior advocate Meet Malhotra and advocate Kirtiman Singh, on the other hand, contended that it was not required to give a hearing to Vodafone before it gave its recommendation and admitted that no such hearing was given to the telecom major.

Malhotra also told the court that when Vodafone and other private telecom companies had first entered the Indian market, the state telecom companies, MTNL and BSNL, "had also adopted similar tactics" of not providing interconnections and then also TRAI had taken similar steps.

TRAI also said that apart from its recommendation, it had also given a direction to all service providers to comply with the licence conditions and this has not been challenged. TRAI has recommended imposition of a fine of Rs 50 crore for each of the 21 circles of Vodafone, except in Jammu and Kashmir, coming to a total of Rs 1,050 crore.

Vodafone has claimed in its plea that the entire process adopted by TRAI was "arbitrary" as Reliance announced Jio offer on September 5-6 and had thereafter made payment for "augmentation of interconnection links" on September 25 after which there was a 90-day period to provide interconnectivity.

It has also contended that TRAI does not have the power to recommend imposition of penalty and it can only recommend revocation of licence for breach of licence conditions and sought setting aside of the recommendation.

The telecom major has argued that TRAI has the power to impose "financial disincentives" for breach of Quality of Service regulations and to ensure compliance of terms and conditions of licence.

Vodafone has also said that no proper hearing was given to it by TRAI before issuance of the recommendation of October 21 this year.

TRAI, in its recommendation to the DoT, had said it has found Vodafone to be non-compliant with licence conditions and service quality norms given the high rate of call failures and congestion at interconnect points for RJio.

The regulatory authority also noted that denial of interconnection by some existing operators, including Vodafone, to RJio "appears to be with the ulterior motive to stifle competition and is anti-consumer".

TRAI had also recommended imposition of penalty of Rs 1,050 crore on Airtel, at Rs 50 crore for each of its 21 circles, and Rs 950 crore on Idea Cellular for 19 circles.

The regulator had not recommended cancellation of their telecom licences saying it may lead to "significant consumer inconvenience".

The recommendation had come on a complaint by Reliance Jio that over 75 per cent of calls on its network were failing as these telecom companies were not giving sufficient points of interconnect that would help complete calls.