ICICI Bank ex CEO Chanda Kochhar, one of the most powerful women in the world,  received the shock of her life when she was officially sacked on Wednesday. But did you know it all started 10 years ago and has to do NuPower Renewables which was managed by Chanda’s husband Deepak Kochhar and Videocon, led by the Dhoots . 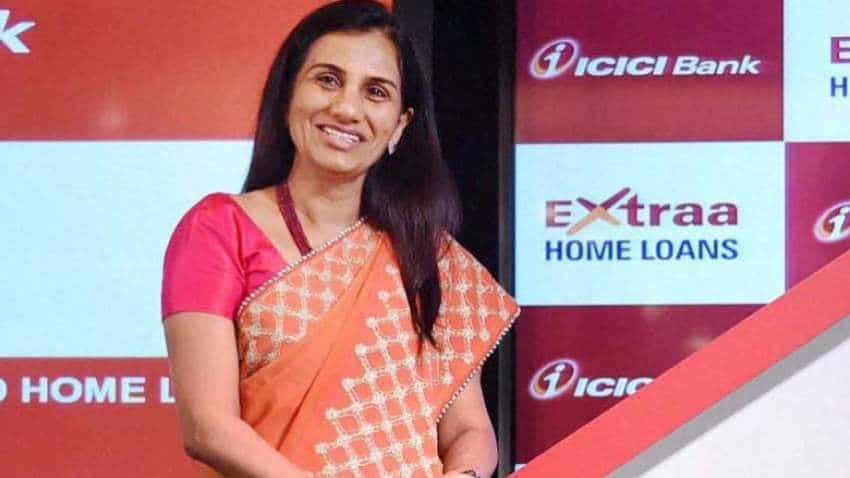 A deal made a decade ago has haunted Kochhar since past two years and now results are out. Photo: PTI

A 34 year old record of service, hard work and hobnobbing with the rich and powerful of the world has gone for a toss for ex CEO ICICI Bank Chanda Kochhar - one of India's top banks. Her own bank has decided to sack her, it was revealed. How did it come to this tragic consequence? Well, a strong management means a strong bank. Many citizens, customers, markets and investors rely on a bank’s performance when it has a strong and effective management. However, this gives scope in banking system to wrongdoing in corporate governance. This is the case of Kochhar! A deal made a decade ago has haunted Kochhar since past two years and now results are out. Her constant disclosures and statements on  being not-guilty, have failed to please her own bank, which she has led from 2009 and was one of the top execs much before that.

A glimpse of current scenario!

After carrying out an intense investigation which was led by Supreme Court judge BN Srikrishna, Kochhar has been found guilty and as per the verdict she has violated the code of conduct of ICICI Bank.

ICICI Bank said, “ Chanda Kochhar was in violation of the ICICI Bank Code of Conduct, its framework for dealing with conflict of interest and fiduciary duties, and in terms of applicable Indian laws, rules and regulations.”

Srikrishna’s enquiry report also concluded that, Kochhar’s lack of diligence with respect to annual disclosures as required by the Bank in terms of its internal policies, the ICICI Bank Code of Conduct and applicable Indian laws, rules and regulations on her interests (direct or indirect) towards avoidance of conflict of interest. However, the Bank’s processes were rendered ineffective by her approach to such disclosures and avoidance of conflict of interest.

With this, ICICI Bank has decided for a separation from Kochhar, and she was terminated  under the Bank’s internal policies, schemes and the Code of Conduct. Notably, it has various consequences and that includes taking back from her the money that is involved - revocation of all her existing and future entitlements such as any unpaid amounts, unpaid bonuses or increments, unvested and vested & unexercised stock options, and medical benefits. It also requires clawback of all bonuses paid from April 2009 until March 2018.

After the news broke, Kochhar gave an extensive statement where she said, “I have served ICICI for the last 34 years with all my dedication and hard work. I have never shied away from taking tough decisions whenever required to be taken in the best interest of the organization. This decision from the Bank has caused me immense hurt and pain,” reported in BloombergQuint.

Anil Singhvi, Founder, IiAS commented on the matter to BloombergQuint saying, “This whole matter will now go into the court of law and I don’t think today we have heard the last word on this subject. It is messy for the bank board, particularly.”

What caused ICICI Bank to terminate the employment its own former CEO, who has been among the top faces of banking system?

It all began from a decade ago! Between 2009 to 2012, ICICI Bank officials sanctioned a host of credit facilities to Videocon and NuPower Renewables, which was managed by Chanda’s husband Deepak Kochhar.

It was revealed that, a loan was sanctioned to Videocon International Electronics (VIEL) on September 07, 2009 by ICICI Bank, and Dhoot immediately invested Rs 64 crore to NRL. Such was NRL’s first major capital which was used to acquire power plant.

The letter was written on March 15, 2016, where Gupta highlighted that, the Videocon Group is heading deep into crisis and will soon become drain on Banks as Non Performing Asset despite the ICICI Bank offering them murky financial supports.

Shocking revelations were made by Gupta. He mentioned that Videocon has a debt of Rs 45,405 crore for fiscal year 2014-15 on books. Gupta added saying, “Over the years the absolute debt levels have risen unabated despite assets sales both partly due to ongoing capex but substantially due to operational losses.”

Now ICICI Bank - which has been operated and led by Chanda Kochhar since 2009, had sanctioned about Rs 3,250 crore to Videocon in 2012.

Meantime, Videocon has been shortlisted by RBI as a defaulter in debt and has been sent for insolvency & bankruptcy code. ICICI Bank’s exposure in Videocon Group is less than 10%, while around 90% of the loans were sanctioned by other banks and financial institution.

When the whistleblower in March 2016, stirred up a row among investors, ICICI Bank boldly backed its CEO saying that Kochhar did not have any personal stake in the lending committee that time. The bank reiterated its full faith in Kochhar.

This faith was short lived, as a new whistleblower emerged once again and this forced ICICI Bank to conduct an enquiry against Kochhar and sent her on leave. The bank did not revealed about the information and whistleblower, but they appointed Srikrishna to look into the matter.

Without wasting any minutes, CBI and market watchdog SEBI conducted various searches and investigations between Kochhar and her family, along with ICICI Board members during 2009 and Videocon’s chief. Companies that are involved in the investigation are - Supreme Energy Pvt. Ltd., Videocon International Electronics Ltd. and Videocon Industries Ltd.

However, ICICI Bank has mentioned that they do not wish to further investigate the matter. For now, its a battle between ICICI Bank, Kochhars and Videocon.

Of course, the last has not been heard on the matter and it would be interesting to see how it unfolds hereafter.