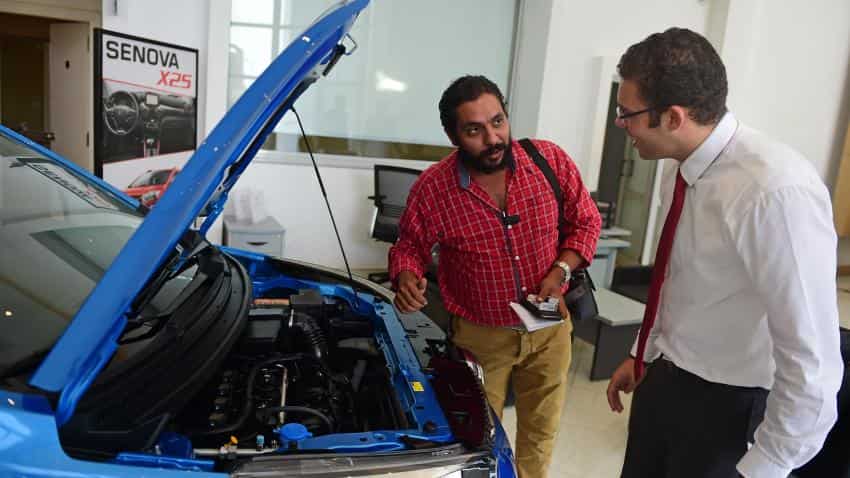 A customer speaking to a sales person at a dealership. Photo: IANS
Written By: ZeeBiz WebTeam
RELATED NEWS

Domestic car sales in India declined by 8.14% in December 2016 to 1,58,617 units from 1,72,671 units in the same month a year ago, according to data from the Society of Indian Automobile Manufacturers (SIAM). The impact of demonetisation was fully felt on car sales in December.

SIAM's Director General Vishnu Mathur said that demonetisation has impacted the local automobile industry, according to Bloomberg alert. Giving a glimpse of the damage to the auto industry due to demonetisation he said that the December car sales was the biggest fall since April 2014.

“December passenger vehicle sales is the biggest fall since October 2014. December two-wheeler sales it is the biggest month fall ever,” Mathur added.

He however added that they believe that India's demonetisation impact is temporary. He said this was despite the automakers offering the highest discounts in December.

Regarding his outlook for January he said that they don't expect huge sales in January before the Budget. “The automobile industry needs a Budget that boosts disposable income for users,” he added,

Speaking at a conference in New Delhi he said that they haven't worked on changing the automobile sales forecast yet.