The next hearing is scheduled for June 2. 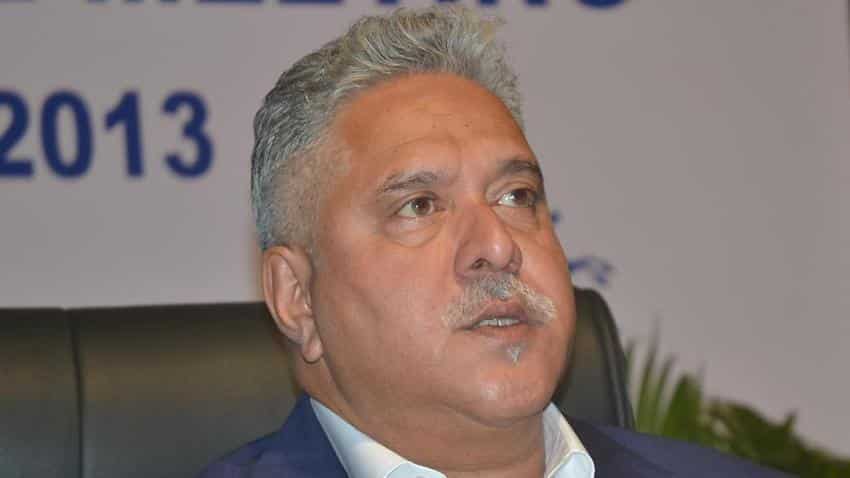 Daddy won't but Sid Mallya is coming to India in July

Vijay Mallya sets terms for his return to India

In another blow to beleaguered businessman Vijay Mallya, the Debt Recovery Tribunal (DRT) on Tuesday pulled up the banks, Presiding Officer Benakanahalli said,"What were the banks doing? Are you not supposed to pester him (Mallya) and find out where he has deposited the money; where it was received - things like that,".

DRT directed Diageo Plc not to disburse $40 million of the $75 million sweetheart deal to him. During the proceedings, the DRT also took the bankers to task for not exercising due deligence and take appropriate action to prevent Mallya from receiving $40 million. In tandem, the Tribunal also directed New York-based JP Morgan Bank to "attach" (submit) before it the statements of account held by Mallya in the bank there.

The directions until further orders came during the hearing on two applications filed by the consortium of banks led by SBI.

The consortium had prayed for directions from the Tribunal not to disburse $40 million of the $75 million severance package deal arrived at between Diageo and Mallya and to ask JP Morgan Bank to attach before DRT statements of the account held by Mallya in their bank.

The banks also sought attachment of shares of companies including Watson Limited, a Mallya-affiliated firm, before the Tribunal.

Diageo, the world's largest spirits maker, which acquired control of United Spirits (USL) in 2012, had issued a guarantee to Standard Chartered Bank for a $135 million (around Rs 900 crore) loan to Watson to release certain UBL shares that were to be acquired as part of the deal.

The company, in their statement, had said that the risk had arisen due to default by Watson in May and DRT preventing sale or any other transfer of such UBL shares in June as part of the enforcement process pending further orders following petition by bankers.

Benkanahalli said "Applications are being filed by the banks to show that you are doing technical works - you are not doing actual work of collecting the details of transactions. My question is I will do it, but what were the banks doing to take due deligence of taking appropriate action to know the details of transaction being done between the two parties, which everybody knew, even prior to arriving at sweetheart deal." The Presiding Officer said there was no need for the banks to have waited for the actual deal to have taken place, and they could have acted prior to it when information about it was in the public domain.

"Why the banks kept silent till the agreement was signed? They should have started the process much before... It only indicates there is no information between national governments (between India and Britain)," he said.

He also rapped the banks for not asking the borrower -- Mallya and his companies--, seeking declaration of his assets through an affidavit before doling out loans.

"Disclosure of assets is an act which has to be actually undertaken by the banks. He (Mallya) has not disclosed the assets and why have you (banks) not sought submission of affidavit in this regard before giving loans. I don't know why," he said.

The next hearing is scheduled for June 2. Mallya, whose now-defunct group company Kingfisher Airlines owes over Rs 9,000 crore to 17 banks, had left the country on March 2 and is in the UK.

With Britain recently declining India's request to deport him, the government has approached Interpol for issuance of an arrest warrant against Mallya in connection with a money laundering case being probed by the ED.

Daddy won't but Sid Mallya is coming to India in July

Vijay Mallya sets terms for his return to India