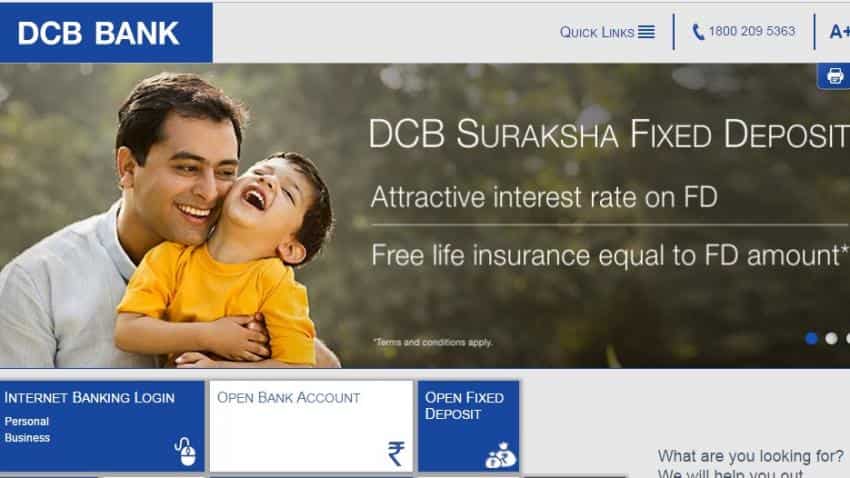 DCB Bank on Friday reported a profit after tax (PAT) of Rs 53 crore, a drop of 24%, during the quarter ended on March 31, as against of Rs 70 crore in the previous quarter.

According to the financial report submitted by bank to exchanges, the net interest income of the bank rose by 29% to Rs 797 crore in FY17, while non-interest income was up by 13% to Rs 220 crore in the last fiscal. 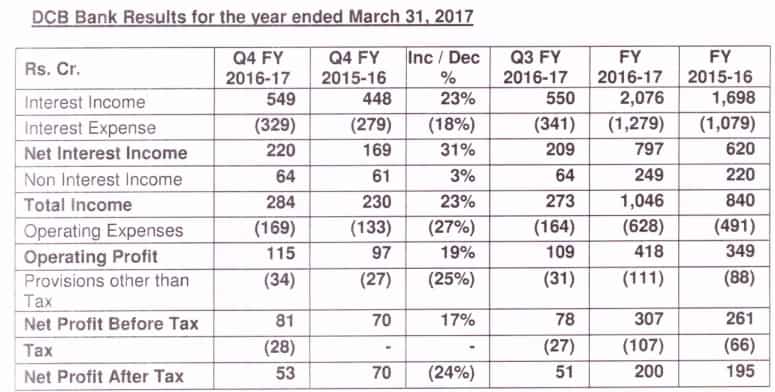 Commenting on the performance of the bank, Murali M Natrajan, Managing Director & CEO said, "We have completed almost 70% of the 150 new branches roll out plan announced in October 2015. Our aims to cross 300+ branches by December 2017. Business growth and momentum in Q4FY17 was better than Q3FY17. As of now NPAs remain in control we continue to remain watchful."