Darwin Platform Group, which has investments across various sectors including oil and gas, hospitality and realty, among others has offered Rs 14,000 crore to acquire the grounded airline 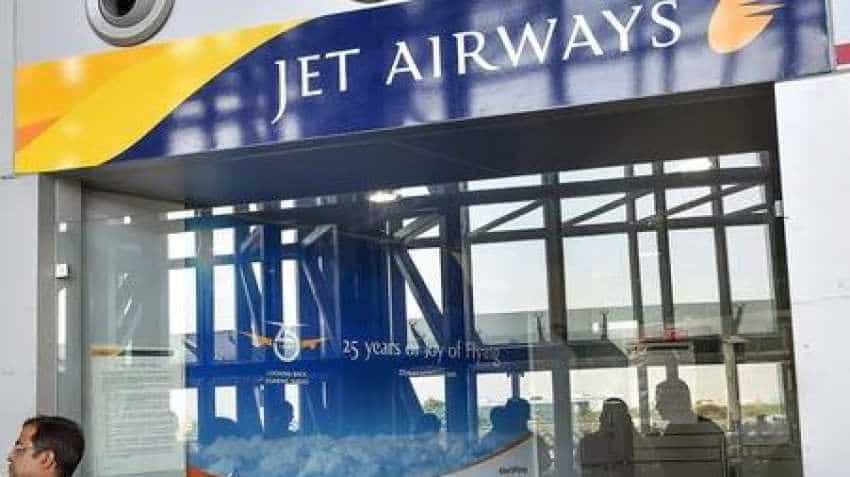 Officials of Darwin Platform Group of Companies and SBI Caps Wednesday held discussions on the Group's unsolicited bid for crisis-hit Jet Airways. Darwin Platform Group, which has investments across various sectors including oil and gas, hospitality and realty, among others has offered Rs 14,000 crore to acquire the grounded airline, its CEO Rahul Ganpule said. The Group had participated in expression of interest (EoI) and also submitted its financial bid on May 8, he said.

"They (SBI Caps) had called us. We wanted to understand the liability and assets of Jet Airways," Ganpule told reporters after the meeting. He said the Group had done due diligence before submitting the financial bids but wanted some more details which were not publicly available. Ganpule said there is limited information available about the airline in Registrar of Companies and other public sources, and has requested SBI Caps to provide more details about the actual liability of the airline.

He said the Rs 14,000-crore offer made by the Group is to take over the entire liabilities of the grounded airline. Last week, the State Bank of India-led consortium of lenders to Jet Airways said it has received bids from Etihad Airways and from a few unsolicited parties to acquire stake in the troubled airline. The bids were examined by the lenders on Monday and they reportedly found Etihad's bid conditional.

The consortium of seven lenders, which owns 51 per cent in the airline, had invited EoI between April 8 and 12 and had received four preliminary bids. The last date to submit financial bids was May 10. The lenders who are offering 31.2-75 per cent stake in the airline, have mandated SBI Caps for the stake sale process. The airline ceased its operation on April 17 due to acute financial crisis. Private equity firms IndiGo Partners and TPG, Etihad Airways and the sovereign fund NIIF were shortlisted on April 12 after the first round of bidding. The airline owes more than Rs 8,000 crore to the consortium of lenders.