We were expecting Dangal to do very well at the box office but this kind of traction is unprecedented, the company said. 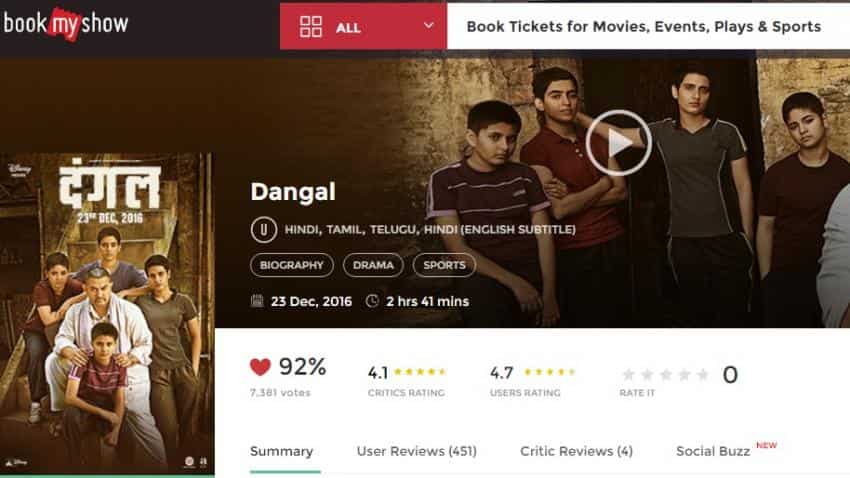 Online entertainment ticketing platform, Bookmyshow, on Friday, said that it has received the highest ever advance opening with the release of Aamir Khan starrer Dangal.

BookMyShow said, "Dangal has witnessed approximately 40% more advance bookings on BookMyShow for the opening week as compared with other blockbusters that entertained movie buffs in 2016. And to top it all, BookMyShow has already hit its fastest 1 million ticket milestone for an individual movie with Dangal while already clocking sales over Rs 20 crore."

Ashish Saksena, COO-Cinemas, BookMyShow said, "We were expecting Dangal to do very well at the box office but this kind of traction is unprecedented. Dangal has not only received great reviews but has indeed worn off any after effects of the recent demonetization on the Indian film industry.We also expect to contribute significantly to the overall opening weekend collection of Dangal.”

Avengers: Endgame Tickets BookMyShow Offer: Get up to Rs 150 cashback - How you should make payment