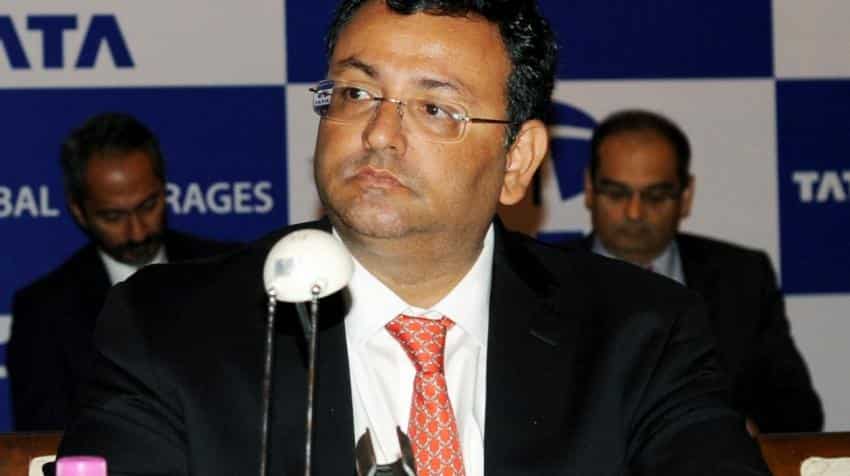 Indian Hotels Company Ltd (IHCL) shares dipped 4% on BSE Sensex on Tuesday after the ousted chairman of Tata Sons took a dig at the company and pointed out 'errors' in the company's annual reports.

IHCL announced on Monday that is board has approved the raising of up to Rs 1,500 crore through rights issue. This the company said is to meet the its long-term financial needs for capital expenditure, growth plans and debt repayment.

He said the report seeks to call some of his observations or facts asserted in the ongoing proceedings as incorrect and careless.

“I have indeed raised questions regarding the appropriateness of the unfettered global strategy in the past, proposed by the management and people in control of the IHCL,” he said.

He said that IHCL ended up spending over $100 million on renovation, multiples higher than what was originally planned at the time of acquisition.

“Four Seasons having a stronger brand in the US was the original lessor of the Pierre Hotel. Four Seasons too is present in India. It was common knowledge before acquisition by IHCL, in the years prior to 2008 when the US market was strong, that the Four Seasons continued to lose serious money in running the Pierre hotel. Today the revenue of the Pierre Hotel has recovered to its pre‐ 2008 levels and so has the economy come out of recession, and yet it continues to suffer significant losses,” said Mistry.

He said the strategic rationale for acquiring the Pierre hotel to establish the Taj Brand is questionable, especially since the brand architecture executed gives significance prominence to the “Pierre” and is presented as “The Pierre, A Taj Hotel”.

He further spoke of the strategic decisions regarding Sea Rock hotel and its acquisition.

“Sea Rock indeed is a property that has strategic value to IHCL and will create value only over the very long term. However, the price of purchase was evidently way too high. Besides, regardless of the 2008 crash, which occurred later in time, this acquisition was housed in an off‐balance sheet structure and upon folding it into IHCL, a large impairment has had to be acknowledged. Again, this is borne out by both facts and figures. It would be pertinent to note that Bandra section 21/134 ready reckoner rate that would be a good surrogate for property prices in this area would have more than doubled over the same period despite the so‐called “black swan event” of 2008. One more data point to suggest an overpriced acquisition,” he said.

He further added, “Finally, it is pertinent to note that a company may make strategic errors as part of their journey. But when one has a consistent pattern of value destroying strategic decisions, all being defended blindly with vague assertations, it is indeed time for shareholders to question.”

He said that over the last 10 years the strategic decisions taken by the management has destroyed the economic value of the Sea Rock, Pierre, B-jets, Taj air, Taj Boston, Taj Campton place, IHMS South Africa, Orient Express Hotel and Ginger.

“The company has faced a near‐death experience and over the last four years has had to take write‐downs amounting to nearly its entire net worth. Dividends to the shareholders have been impacted and these decisions have put the welfare of the employees at risk,” he said.

Mistry said, “Today, I understand the company will approach the shareholders for a further capital infusion. I raise these issues with a view to ensure such decisions in the future are taken with due regard to the consequences on all stakeholder.”

He ended by stating that the new Chairman N Chandrasekaran and the board should exercise proper care while making statement to ensure that they are responsible.

You may want to watch: