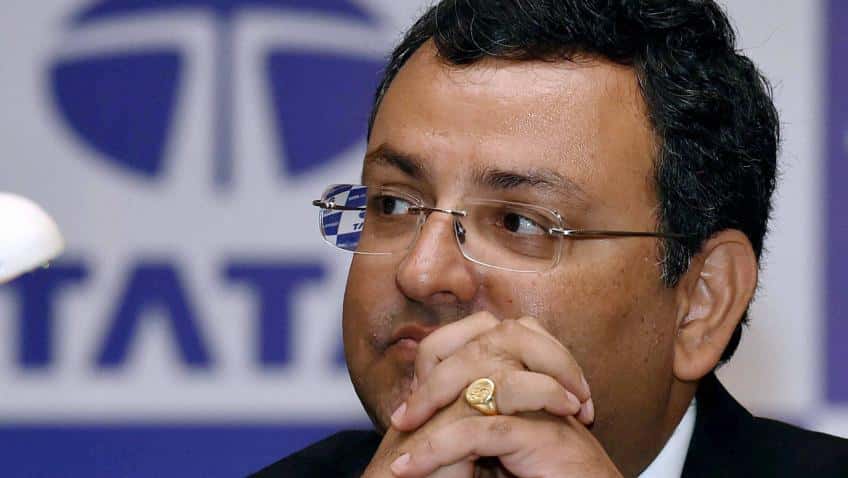 Cyrus Mistry also claimed that being a part of the nominations and remuneration committee (NRC) of Tata Sons, Vijay Singh had on June 28, 2016 gave a glowing review of his (Mistry's) performance as the chairman of the Tata Group. Image Source: PTI
Written By: PTI
RELATED NEWS

Cyrus Mistry on Sunday escalated his war of words with Tatas by accusing Vijay Singh, a nominee director on the Tata Sons board, of cooking up theories "to defend his role in the conspiracy" hatched by Ratan Tata to sack him as the chairman.

"It's amusing to see Vijay Singh concoct theories to defend his role in Ratan Tata's conspiracy to replace Mistry," a statement issued from his office claimed on Sunday.

Mistry also claimed that being a part of the nominations and remuneration committee (NRC) of Tata Sons, Singh had on June 28, 2016 gave a glowing review of his (Mistry's) performance as the chairman of the Tata Group.

"After reviewing the performance of the chairman, the members unanimously recorded their recognition of his significant contributions across group companies and expressed their appreciation of his multi-faceted initiatives aimed at preserving and promoting cohesive functioning of the group in accordance of its distinctive values," Mistry said quoting from the minutes of the meeting as recorded by the board of Tata Sons.

On charges that "Mistry was doing nothing" at Tata Motors, the ousted chairman claimed that Singh had stated that "Tata Motors has come up with some of their best models in recent years under his watch".

He also said Singh was part of the Tata Sons board that agreed that the company could evaluate opportunities in the QSR segment at the board meeting on June 29, 2016. Singh had said this was one of the reasons for the sacking of Mistry.

Singh had claimed that another reason for Ratan Tata losing his confidence in Mistry was the group's failed bids (two separate bids Tata Power and Tata Motors for the multi-thousand crore Future Combat Infantry Vehicle contract from the Army).

On this, Mistry said on Sunday Singh and Tata both were very much in the loop on various discussions on the project.

"What is beyond comprehension is that Singh seems to want Tata Sons to favour one listed Tata company over another. This would not happen under Mistry's watch," the statement said on Sunday.

On almost all Tata boards, there was Tata Group representation, the statement said, citing examples of Ishaat Hussain on Tata Steel and TCS, Nirmalya Kumar and Bhaskar Bhatt on Tata Chemicals, NS Rajan on IHCL, Harish Bhatt on TGBL, as well S Padhmanabhan, Bharat Vasani and F N Subedar "to name a few other Tata Sons representatives on Board of other Tata Companies".

It claimed that under Mistry's approach, Tata CEOs serve as Tata representatives on group company boards citing examples of Noel Tata on Titan Industries and Voltas, and Praveen Kadle on Tata AutoComp.

On the claim of conflicts in handling the interests of the SP Group, Mistry's office reiterated that he did not sit on a single Board of the SP group other than his family investment company.

"New engineering and construction contracts from the Tata Group to the SP group came down to nearly zero from the level of Rs 1,100 crore when Mr Mistry had assumed office...Starting with a firm written instruction to Tata Group companies to shun contracts with the SP Group issued in October 2013, Mr Mistry formally appraised the Tata Sons Board on the status every six months."