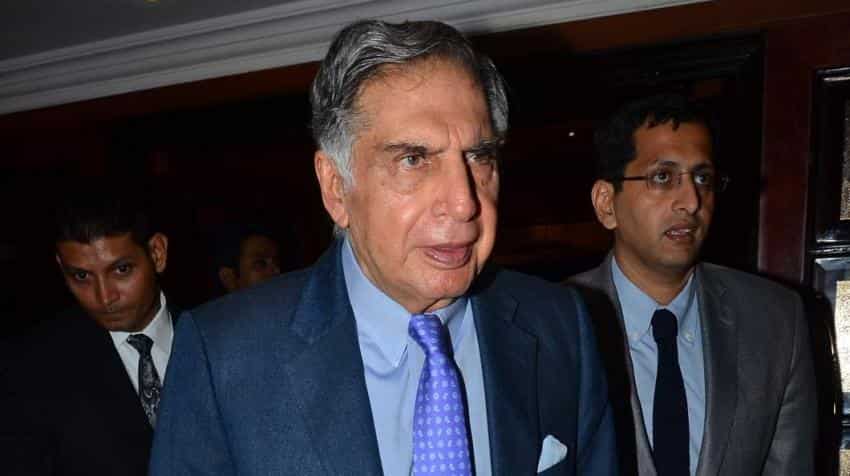 Mistry urges shareholders to define the future at Tata Group

Ahead of the extraordinary general meetings called by several Tata Group companies to remove him from their boards, Tata Sons` ousted Chairman Cyrus Mistry appealed for support from stakeholders on Monday, saying the group "is no one`s personal fiefdom", even as the Tata Sons hit back at him.

"The Tata Group is no one`s personal fiefdom: it does not belong to any individual, not to the trustees of Tata Trusts, not to the Tata Sons directors, and not to the directors of the operating companies.

"It belongs to all the stakeholders, including every one of you. I, therefore, urge all you to think beyond the here and now. I urge you to have your voice heard loud and clear. I ask you to be part of defining the future," said Mistry in a letter addressed to the stakeholders.

Tata Sons, however, rebutted the charges Mistry levelled against the Group and dubbed his letter a rehashed version of his earlier statements, press reports and leakages.

"Indeed, the Tata Group is no one`s `personal fiefdom`. After he became the Chairman of Tata Sons, it is Mistry who converted the Group into his `personal fiefdom`, with his unilateral actions destroying precious institutional memory of the House of Tata," said Tata Sons in a statement.

Mistry`s 14-page letter -- "Representation under section 169 of the Companies Act, 2013. In respect of special notice for removal of Cyrus P Mistry as Director" -- also called upon the government to ensure that Tata Trusts function under the law.

Tata Trusts hold 66% of stake in the holding company of the industrial conglomerate Tata Sons, with 18% held by the Mistry family, 13% by Tata companies and the balance three by individuals.

"People who have been complicit or have enabled ethical and legal transgressions or have demonstrated a blatant disregard for good governance should not be allowed to continue," Mistry told the company`s investors in the letter.

"The governance charter across the Tata Group, including the holding and operating companies, requires repair to conform to company law and global best practices viz. protection of interests of all stakeholders, including minority shareholder," he reiterated.

Recalling his family`s 75 years of relationship with the Group, with significant stake in Tata Sons over 50 years, Mistry said neither his family nor he had thought that ownership of a substantial equity stake gave them a special position in the Group.

"The Tata Trusts are `public charitable trusts`. Their beneiciaries are the general public of India. They are not family trusts as one normally thinks of trusts carrying a family name," said Mistry in his letter.

Asserting that the trustees were required to discharge their fiduciary duties by applying their minds to matters before them, Mistry said the conferment of all decision-making power in one man or a `high command` among them was unethical, improper and a breach of trust.

Alleging that over time then Chairman Ratan Tata and former Vice-Chairman N A Soonawala abused their positions, Mistry said in their capacity as trustees, the duo took the veto rights of the trustee-nominated Directors as their entitlement to dictate how Tata Sons should conduct itself.

"They interpreted the Articles of Association to mean that they could call for information and seek discussions on any subject they considered material," the letter observed.

On Mistry quoting Jamsetji Tata`s words: "In a free enterprise, the community is not just another stakeholder in business, but is in fact the very purpose of its existence", the Tatas` rejoinder said the Trusts have been faithfully carrying out the founder`s vision.

"It can be seen that the Trusts have been doing so far is for the people and not for any individual or a family....," said the statement.

Attacking Mistry, it said: "Mistry has gradually over the past three/four years concentrated all power and authority only in his own hands as Chairman in all the major Tata operating companies where there is no longer any representatives from the Board of Tata Sons, the main promoter and largest shareholding group, as has always been the case in the past."

The Tata Group has over 660,000 employees and 4 million shareholders.

Mistry urges shareholders to define the future at Tata Group